Enuresis or bed-wetting is a condition caused by lack of bladder control that causes the children or girls to urinate involuntarily in bed , especially at night.

Medically speaking, a child over 5 or 6 years old is considered to have a disorder of enuresis whe he/she wets the bed at least three times a month.

Whom does enuresis mainly affect?

Boys tend to suffer from enuresis more than girls.

Involuntary bed-wetting is a problem that affects most people during their childhood period up to 4 or 5 years of age.

Subsequently, it will be solved in most cases before puberty, although some people have a harder time and may continue with it well up to ten years, (two of every 100 girls and three out of every 100 children still show this condition).

Even a 1 or 2% of people who have reached puberty are having this problem. In fact, many people urinate in bed until they are five or six years old, so the disorder should start to be treated from 7 or 8 years of age.

In general, it is a mild anomaly that disappears over time without the slightest complication.

Parents should provide support, understanding and love to the child in this situation, because, in addition to be physically uncomfortable, they feel very embarrassed. In general, it is a mild abnormality that disappears over time without the slightest complication.

However, if the boy or girl who has it experiences the problem as something shameful, abnormal or feels guilty, it can be the cause of the emergence of other complex phobias, fears or other insecurities that prolong or worsen the disorder.

It is necessary to distinguish this problem from the urinary incontinence that is another disorder characterized by involuntary loss of urine in small losses that occurs from time to time and which mainly affects older people.

The following types of enuresis exist: 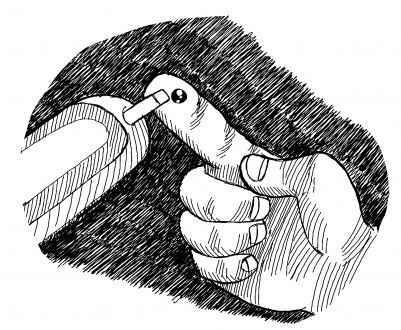 Diabetes can be one of the causes of enuresis

Enuresis responds to any of the following causes or a combination of some of them:

Inform your doctor if your child bedwetting gets worse or if the enuresis is not improving with the implementation of a number of remedies. The doctor, through physical examination or by using a urine test, should rule out any disease that could be responsible for this disorder.

It is also necessary to visit the doctor, psychologist or pediatrician at the onset of a recurrent enuresis or secondary enuresis. Many problems that cause a relapse can be very dangerous for the physical or mental health of the child who returns to bedwetting after several months without it.

Although there are medications that can be used to keep the child form bed-wetting, these do not solve the problem at once and represent a major economic burden for parents.

It is not desirable to threaten or punish your child because such behavior only increases tension and makes the problem worse. Proper treatment requires focus, adequate support and patience from parents or older siblings to deal with it gently, helping the person who naturally has to solve it without involving trauma. (See “Tips to treat enuresis” in the listing above)

Tips to solve the enuresis