CHARACTERISTICS OF THE INTESTINE 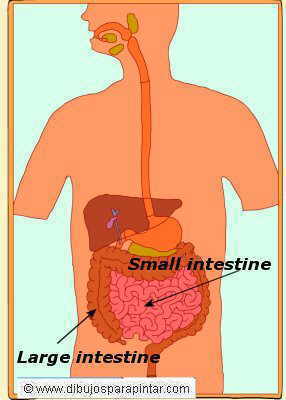 The intestine is the portion of the digestive tract that is located between the stomach and rectum.

Parts of the intestine

In the human being, the intestine is divided into two parts: small intestine and large intestine

Characteristics of the small intestine

The small intestine measures approximately 6 m in length and about 3 cm thick. Situated in the center of the abdominal cavity. Its main function is to digest food and absorb nutrients. To digest food, it secretes a series of enzymes along with a mucus that is intended to serve as a lubricant.

So that food can move, the muscular walls of small and large intestines, perform some movements of contraction called peristalsis.

The intestinal wall is covered with hairiness where the absorption of nutrients into the blood takes place.

Parts of the small intestine

The small intestine consists of the following parts:

Characteristics of the large intestine

The large intestine is approximately 1.5 m long, but is thicker than the small intestine, reaching about 10 cm.

Its main functions are:

Parts of the large intestine 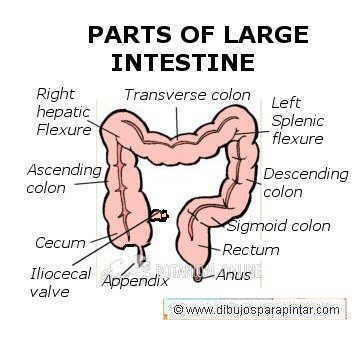 Drawing of different parts of the large intestine

It consists of three parts:

Functions of the intestine

The act of expelling feces outside occurs when feces exert pressure on the sphincter. This act is called defecate or, more commonly known as “shit”. ” made ” or “crap”.