Characteristics of the metabolic diseases

Metabolic disorders result from a malfunction of metabolism. Metabolism is usually working properly.

However, in certain situations metabolic disorders occur as a result of not adequate chemical reactions.

The enzymes and hormones are the components responsible for the chemical reactions of metabolism.

What are metabolic diseases due to?

Metabolic disorders are mainly due to the scarcity or abundance of enzymes or too much hormones or their malfunction.

This can lead to a lack of substances that are necessary for the proper functioning of the body or the appearance of toxins as a result of poor metabolism. In both cases, organic disorders can appear.

The main metabolic disorders are: 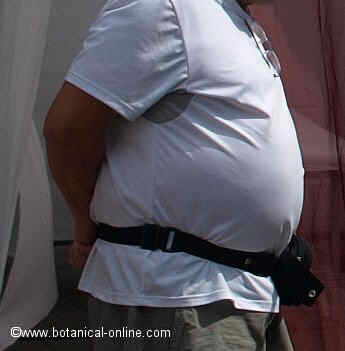 Obesity is caused sometimes by a metabolic disorder

Some people tend to get fat because of genetics, especially those that have a low basal metabolism. (More information about this topic in the listing above)

This was responsible for the production of thyroid hormones (thyroxine and triiodothyronine) that play an important role in vital functions such as metabolism of fats, production of heat or emotional states. Excessive production of these hormones triggers a whole series of metabolic disorders that can produce more or less serious damage to health.

Goitre occurs when the thyroid increases in size and this change is perceived by the appearance of a prominent bulge in the front of the neck. While a normal thyroid gland weighs 20 to 30 grams. An enlarged thyroid can weigh up to one kilogram, which, in addition to being aesthetically unpleasant, can be responsible for to many difficulties in breathing and swallowing of the person who suffers it.

Untreated hypothyroidism can cause cretinism, a physical condition characterized by a lack of both physical and mental development as well as other characteristic physical symptoms (skin waxy, speech problems, belly, etc.).

The most serious result of having very low levels of thyroid hormones is myxedema coma that is preceded by characteristic symptoms such as hypersensitivity to cold, extremely dry skin, hypotension, slow breathing, temperature lower than would be normal and altered mentality.

Diabetes mellitus, insulindependent diabetes (type I) is a disease that affects youth and children which appears rapidly. It is characterized by insulin deficiency in the blood, caused by an alteration in the pancreas that produces too little insulin.

Diabetes mellitus, noninsulin dependent diabetes (type II) which is almost always present from 40 onwards. It is characterized by an inability of cells to absorb insulin from the blood, although insulin production by the pancreas may be normal. Its evolution is much slower than juvenile diabetes. 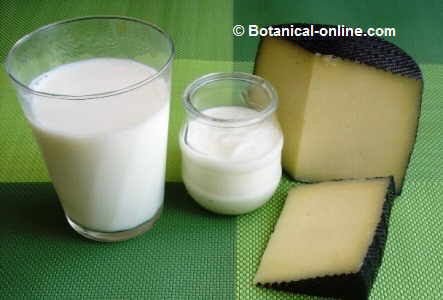 Milk and dairy products should be avoided by people with galactosemia

It affects babies in a few days from birth. At first there are no problems, but then begin to show symptoms of this metabolic disorder: jaundice, vomiting, poor weight gain, enlarged liver, etc.

Dyslipidemia contributes to the development of atherosclerosis and is one of the main causes of circulatory diseases, especially heart attacks.

It involves an abnormal growth that can manifest as dwarfism, delayed dentition, changes in texture and color of the skin and hair (clear and fragile hair and skin), and in more severe cases, spina bifida, absence of genital growth, etc.