How to prevent motion sickness

What is motion sickness?

Kinetosis, motion sickness or travel sickness is a sensation of dizziness experienced when people are traveling or staying on a vehicle in movement.

Motion sickness is different from general dizziness that results from physical problems.

There are many types of motion sickness. The most important ones are:

– Car sickness: It takes place as a result of traveling by car.

– Seasickness: It happens to people traveling on the sea.

– Airsickness: It occurs when air traveling

– Space sickness: It affects people traveling in the space.

The main symptoms of motion sickness are:

Sometimes a simple change of posture may also lead. Another cause that causes dizziness occurs when doing activities in motion. For example, some people get dizzy if they read when traveling by bus, by car or train.

This movements make fluid of the inner ear transmit imprecise information to the brain. On one hand, the inner ear

” tells” the brain our body is moving. On the other hand, our eyes inform the brain that the body does not really move.

This apparent contradiction probably makes the brain belief that our body is suffering from hallucinations as a consequence of having been poisoned. The brain reacts trying to make out body vomit in order to expel the supposed toxin.

Motion sickness is very unpleasant and a hindrance for many people to leave their house. However, there is the possibility to control or prevent its occurrence.

In any case, its symptoms usually disappear when the trip or the movement that causes it is finished. In case of long journeys, as in a cruise ship, or bus tours, they usually disappear after a couple of days.

If you are easily motion sickened, consult your doctor or pharmacist about what medication is available to prevent or treat it. You can also use some tips or take some natural remedies to prevent or solve it. 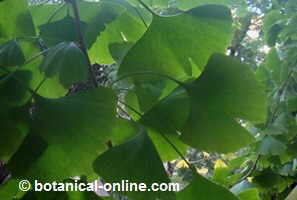 The natural treatment of motion sickness involves using a series of natural resources that can avoid it or improve its symptoms.

– Ginkgo (Ginkgo biloba) Poor circulation in the brain is the cause of many serious and crippling diseases. One of the most dangerous are strokes that can cause death or paralysis of a body part. Ginkgo extract improve circulation to the capillaries of the brain, increase resistance and helps to prevent breakage.

The daily administration of 60 to 240 mg of this product does not only guard us against strokes but also prevents a range of symptoms associated with poor circulation in his head: dizziness, vertigo, tinnitus, poor speech, memory problems, lack of concentration, migraine, hearing loss, and so on…

More information about motion sickness and its natural treatment.