How to treat people poisoned with mushrooms

What is mushroom poisoning?

Poisoning by consumption of poisonous mushrooms is one of the most common types of food poisoning during the time of mushrooming or mushroom picking.

It occurs mainly in people living in big cities and moving into the woods during the weekend to pick mushrooms.

It is a kind of intoxication that affects both men and women. 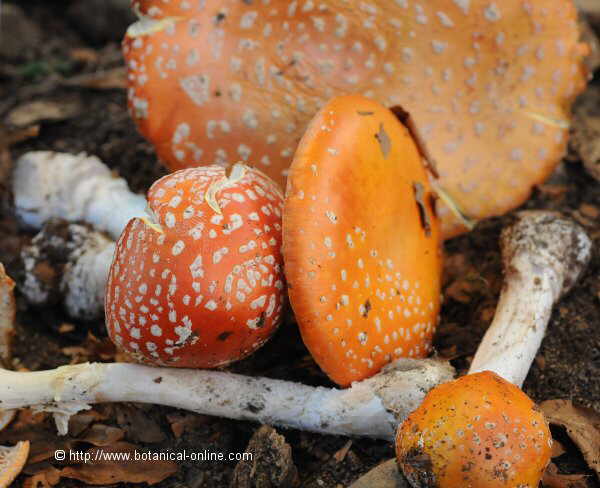 It usually occurs between half an hour and four hours after ingestion of toxic mushrooms. Toxicity in this case is mild. The main fungi that produce these poisonings are:

The main symptoms take place half an hour and three hours after eating the mushrooms. Among the main symptoms, we will include: diarrhea, vomiting and dry mouth.

After the first described symptoms, hallucinations can take place, especially of a visual type. Mental confusion, convulsions, dilated pupils and coma can also appear. The treatment involves intestinal emptying, the use of sedatives and hydration of the body.

Symptoms occur after a quarter of an hour or half an hour after drinking alcohol. The main symptoms are the following: nausea, vomiting, very strong hot feeling in the head and neck, arrhythmias, hypotension. The problem usually resolves spontaneously within three to six hours. Treatment may involve the use of drugs to treat hypotension and arrhythmia. 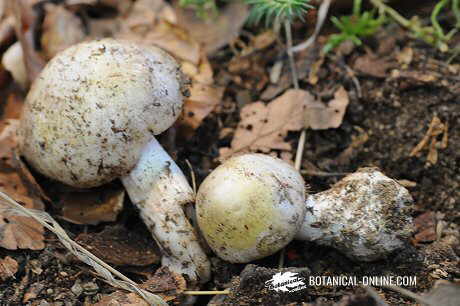 Severe poisonings occur when this takes place a long time after the ingestion of the poisonous mushroom. This can range from just after 7 or 15 hours, even after 24 hours or several days after swallowing them.

The main damage is inflicted on the liver and kidneys that can be fatally undermined when the first symptoms of poisoning appear.

Among the mushrooms that produce this type of poisoning are:

Symptoms of poisoning occur after about 8 or 10 hours after ingestion but can occur within 24 hours. Among the most characteristic symptoms are the following: first, they produce gastrointestinal symptoms (severe diarrhea, vomiting, excessive thirst, sweating, cramps, stomach pain, headache, dehydration, etc)

Later, after an apparent recovery, a few days after having ingested them, a number of symptoms that indicate damage to the liver and kidney occur: lack of urination, jaundice, bleeding, pulmonary edema, hypoglycemia, etc.. It can cause problems of lack of awareness and behavioral disorders.

Only proper medical treatment in the first hours after ingestion may save the person who has eaten these mushrooms. The treatment is very complex and may even need a liver transplant.

How to treat major mushroom poisoning

The treatment of this poisoning is gastric lavage and intestinal protection of the liver and affected kidneys.

There is no home remedy to nullify or cure the toxicity of mushrooms! Therefore, the only option is to abstain from eating poisoned mushrooms !

The best way to avoid mushroom poisoning is awareness and prevention. You should only pick those mushrooms you can identify very well. In case of doubt, you’d better not touch an unknown mushroom.

In case of suspicion of having ingested a toxic mushroom, one should seek prompt medical attention.