Foods for the hemorrhages

Supplements for the hemorrhages

Nosebleed or epistaxis is the bleeding that occurs in a more or less frequent through the nose. There are two types of nosebleeds: 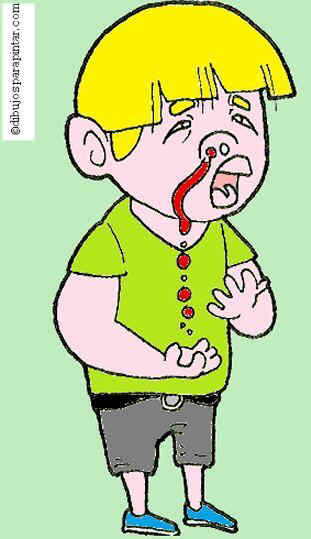 The main symptoms of nosebleed are:

The main causes of nose bleeding are very varied. Among all we can mention the following:

How to prevent nose bleeding 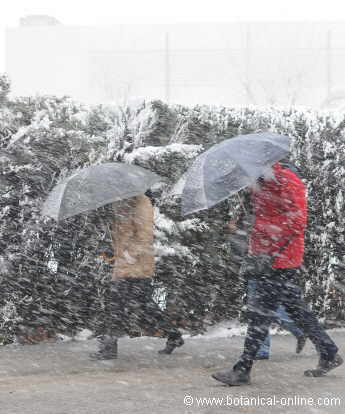 In order to avoid the appearance of hemorrhages in the nose we would have to consider the following advice:

Diagnostics and treatment of nosebleed

The first thing to do in an attempt to stop nasal bleeding. To do this, we will press gently the front of the nose with the thumb and forefinger and double the affected person’s head forward. We should not tilt the head back as this may cause you to swallow the blood inadvertently.

Later, It may be suitable to stop the nose bleeding by means of applying a wet cotton or also a piece of sterile wet gauze in your nostrils. You should press your nose gently approximately for 10 minutes or less. If, after 15 or 20 minutes the nose is still bleeding, the person concerned must be taken to a hospital.

The loss of much blood could have fatal consequences. When the nosebleeds are internal, something which is noticed, because we perceive the passage of blood from the throat down, the person concerned must also be attended by a physician.

Although the bleeding stops, leave the cap on the inside of the nose for about 20 or 25 minutes. When out, it is desirable to re-moisten the cotton or gauze to prevent it to reopen the wound if it was dry. A nose that has had a nosebleed should not be cleaned for a week or week and a half to prevent dissolution of the crust that stops bleeding. If we did it before, probably it would bleed again.

There are some very persistent bleedings that can be stopped by applying ice to the nose. This has not to be done when the bleeding has occurred precisely because of the cold.

The natural treatment of nosebleed implies using some natural resources to treat it, such as: