What is vaginal discharge? 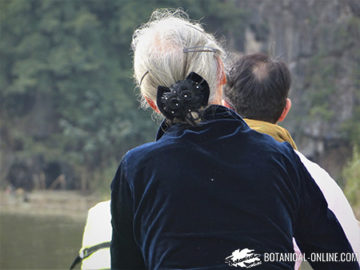 The vaginal discharge is exaggerated production of secretions from the vagina. It is different from the “normal” secretions that are produced as a consequence of sexual arousal or other hormonal (for example during ovulations) or neurological (in special states of anxiety or nervousness)

Sudden changes in the consistency, color, or odor of vaginal discharge indicate a possible problem with the vagina.

Most of the changes are caused by infections, many of them have to do with sexual intercourse and require adequate treatment of both the affected person and their partner who could also be infected.

How do you know what vaginal discharge is?

The main symptoms of vaginal discharge are:

It should be noted that vaginal discharge itself is a symptom

Why does vaginal discharge originate?

The main causes of vaginal secretions are vaginal infections :

Among the causes that favor the increase of bacteria causing abnormal vaginal discharge we have:

Diagnosis and treatment of vaginal discharge

In the presence of any of the symptoms that may suppose the existence of an abnormal flow, a visit to the gynecologist is required to diagnose the reasons for these symptoms.

This is especially necessary during pregnancy since the presence of microorganisms could influence the baby’s health and development.

More information on the vaginal flows.