How to improve menopause

Remedies to improve circulation during menopause

What vitamins or minerals are good for menopause?

Are there any good supplements for menopause?

In the treatment of the symptoms of the menopause a series of supplements can help; these contain vitamins, minerals or other elements extracted from medicinal plants. Call your doctor to confirm whether or not the inclusion of any supplements can help the rest of drugs used.

Which vitamins are good for menopause?

Among them would mention the following:

Vitamin E for menopause: The ingestion of about 600 daily mgs in two takings of this vitamin will help to prevent flushing and the impossibility to sleep, and also reduces the probabilities of high cholesterol and breast cancer.

Vitamin B6 for menopause: Pyridoxine or vitamin B6 helps reduce swelling because of menopause. The usual dose is set at 150 mg daily in three divided doses.

Vitamin C with bioflavonoids for menopause: This vitamin, along with bioflavonoids helps to produce more estrogens, reduces hot flushes, irritability and excessive bleeding. The usual doses are around 1500 mg daily of vitamin and about 750 mg of bioflavonoids, divided into two doses.

Which minerals are suitable for menopause?

Supplements of calcium and vitamin D: Calcium deficiency aggravates symptoms of menopause as estrogen production decreases. Psychological symptoms become more noticeable (there is an increased nervousness, headaches and the impossibility of sleeping).

Calcium is also necessary for bone formation and a lack of this mineral facilitates decalcification. The main function of vitamin D is to set the calcium of food in the bones and prevent its dissolution in the blood so it goes to the muscles and nerves. If this occurs, each time the bones have less calcium and become brittle, resulting in a condition called osteoporosis in which bones break very easily. Intake of vitamin D and calcium in the elderly may slow the progression of this disease and to prevent their bones from breaking so easily.

Which supplements can be used for menopause? 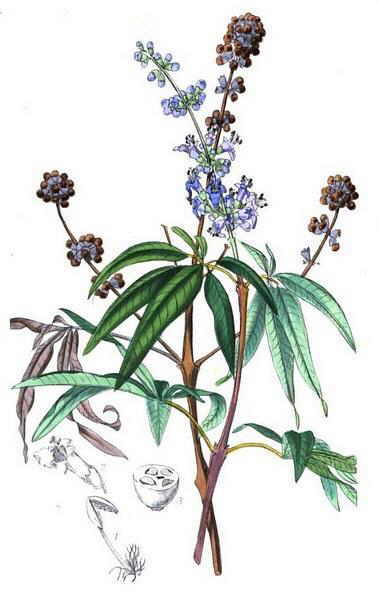 Chaste tree extracts can be used to balance estrogens during menopause

This involves both a reduction of bad cholesterol in the blood (LDL) and an increase in good cholesterol (HDL) which benefits blood circulation and prevents heart problems. It also decreases the risk of breast cancer in women with excess estrogen.

On the other hand, it prevents the occurrence of many symptoms of menopause such as hot flushes, vaginal irritation, irregular periods, etc. or those diseases that are more likely to develop after the loss of menstruation: the loss of bone mass or osteoporosis and heart disease. It was found that Eastern women, who have on soy one of the main sources of food, have a much lower incidence in these diseases.

Taken as supplements, the habitual dose is usually about 60 daily mgs divided in 2 takings.

Considered as an uterine tonic, it has been used to solve the problems associated with menstruation and menopause. It has also proved to have a relaxing function on uterine and bowel muscles. Many scholars who deny these virtues even admit that its use may increase the effect of other medicinal plants, especially vitamin E.

Taken in the form of supplement, the habitual dose usually is of about 600 mgs daily, distributed in three takings. It should not be taken with high sun exposure because it has phototoxic properties, neither during pregnancy nor in case of ulcers or intestinal problems.