Because of this inflammation, people with bronchitis show such clear symptoms as cough and hard breathing. Cough is a defensive reaction of the body that is trying to expel the mucus which develops into the bronchi as a result of this swelling. This is called expectoration.

Consequently cough is good and should not be stopped unless dry cough is involved (cough win no expectoration) or in case it is too violent or it prevents patients from sleeping.

Most of the cases of bronchitis are not serious and they do not need medical assistance. Some resting at home, quitting smoking, drinking a lot of liquids, and taking an over-the-counter pain reliever will be sufficient for it to go away in 7 or 10 days.

Why does bronchitis occur?

The main cause of acute bronchitis is an infection caused by viruses.

In the case of chronic bronchitis, the main cause is tobacco or certain polluting products such as asbestos.

After tobacco, infectious diseases are usually the most common cause of most cases of bronchitis, especially in children and the elderly. Microbes or germs are installed in the bronchi and reproduce by the bronchial membrane, inflaming it. The infection can reproduce and spread, producing pharyngitis, rhinitis or sore throat.

When the infection affects only the bronchi and not other parts of the airways, it is usually caused by viruses, usually the same viruses that cause colds and flu (adenovirus, rhinovirus, etc.)

Among the main factors that facilitate the onset of bronchitis we have the following:

Why does smoking make bronchitis worse?

It is worth mentioning that, although bronchitis has an infectious cause, smoking will seriously impair the progression of the disease, which may cause it to become aggravated or chronic.

The reason why tobacco is so harmful is because, being irritating, it cancels the ability of cilia to eliminate mucus from the lungs and does not allow the body itself to fight infection.

For this reason it is important to become aware and avoid smoking or minimize the number of cigarettes.

Smoking can result in the long-term known lung obstruction (COPD) and lung cancer.

Visit the doctor in that cases 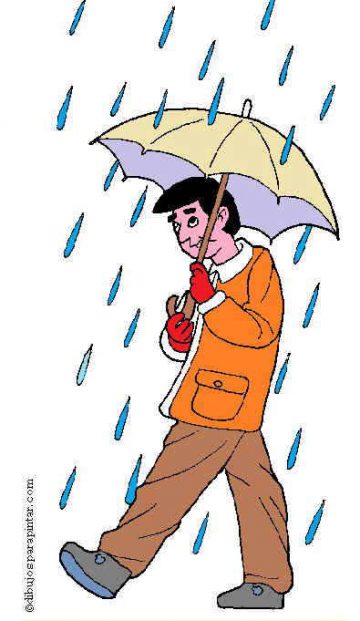 However the doctor should attend you in the following situations:

There are two types of bronchitis:

Bronchitis is a contagious disease whose transmission occurs through air and contact. In the first case, contagion occurs mainly when we breathe the air that is contaminated by viruses from another sick person who has contaminated the air through breathing or through cough.

Contact contagion occurs when, after touching any surface contaminated by the microorganisms that cause the disease, we take our hands to a mucosa, such as the nose, mouth or eyes.

They depend of the type of bronchitis they refer to. The most important ones are:

Symptoms  that are similar to Acute bronchitis although their recurrence makes them more distinguishable:

Other symptoms which only appear in this type of bronchitis are:

The diagnosis of bronchitis should be made by the doctor. Through the relevant physical examination, respiratory auscultation, and a questionnaire about the symptoms, the specialist will determine the correct diagnosis. The main method is auscultation of the lungs through the stethoscope.

In some cases a series of complementary tests such as a chest x-ray may be necessary to rule out other diseases with similar symptoms such as asthma or pneumonia.

When bronchitis is recurrent, tests can be performed to determine if there are factors that favor the onset of this disease, such as allergy tests.

Generally, when bronchitis has an infectious origin, it is not necessary to take medications, since the body has the necessary resources to overcome the infection. Infusions of antibiotic plants can help us to solve the infection at home level.

The doctor may prescribe an ordinary treatment, which involves the use of:

Along with these treatments, the doctor will recommend rest, abundant fluid intake to dissolve the phlegm of the lungs and steam inhalations.

Bronchitis in infants and children

It is important to know that children, by nature, are predisposed to suffer respiratory complications, due to the small size of their respiratory system. This leads to a badly cured cold can be complicated in bronchiolitis, asthma attacks, etc. For this reason, it is important to go to the pediatrician when the child has wheezing when breathing, coughing, chest load, angina or snoring, which does not disappear or worsens with the days, before this state becomes chronic and leads to complications.

Children naturally have a predisposition to suffer respiratory complications, since their airways are narrower. You should see a doctor when bronchitis appears in infants and children, since they are more prone to complications due to the small diameter of their airways and their immature immune system.

Do you have to take antibiotics for bronchitis?

People should not take antibiotics if they have symptoms of acute bronchitis, since, in most cases, they have a viral origin. Therefore, unless an analysis of a culture of the sputum is done and the presence of bacteria is confirmed, the doctor does not usually prescribe antibiotics.

Chronic bronchitis is usually accompanied by bacterial infections, so antibiotics are usually recommended in these cases.

When to go to the doctor?

It is necessary to see a doctor if any of the following symptoms occur:

In the worst cases, pulmonary collapse or atelectasis can occur, consisting in the blockage of a lung area where oxygen does not reach. This complication should be treated immediately to avoid respiratory failure. This is more common in the elderly and in infants or children, with thinner or smaller airways.

Special care should be taken if bronchitis occurs in people with heart failure or heart disease, since bronchitis can impair their situation.

Among the main ways to prevent bronchitis, we have the following:

What is the natural treatment of bronchitis?

The natural treatment of bronchitis involves using a series of natural resources that help to prevent or remedy it.