How to cure burns?

Burns are the most severe attacks to the skin. They can affect not only to this body but to the tissues or organs found underneath the skin.

According to its depth, burns are classified:

– First degree burns: These are produced in the epidermis or outer layer of skin. Their effects are milder and characterized because the skin becomes red, inflamed and painful. Skin usually needs 7 to 10 days for self-regeneration.

– Second degree burns: They also affect the lower layers of the skin. In addition to the above effects, they can cause blisters. They may produce scarring.

– Third degree burns: These are the worst because, besides affecting the entire skin, they also imply the tissues underneath it. They are responsible for large scars that prevent the regeneration of the skin and require skin grafting. Paradoxically, these type of burns produce less pain due to the destruction of the nerves that would have to report damage to the brain.

Burns are classified as:

– Severe burns: they are those whose importance is such that they deserve special hospital care. They are considered very serious burns, for example:

– Those that involve the face, hands, feet, eyes and genitals.

– The third grade to 10% of body surface 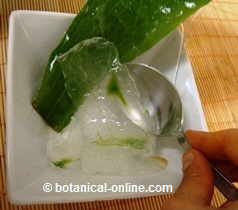 The main symptoms of burns are: Pain, redness, itching, black or white skin, the appearance of swollen or blistered areas, changes in tone of voice, dirty mucus, breathing problems, fever and, in severe cases, shock.

The main causes of burns are:

– Heat burns. They are those produced by very high temperatures. Fire is the major causative agent of these burns. Very serious burns take place when clothing is stuck to the skin.

They can be generated by other causes such as dumping liquid on the body, hot flashes coming from electrical shorts circuits or high temperatures, contact with hot surfaces (hot kitchen utensils, heaters, stoves, etc.)., Firecrackers, starting pistols, etc.

This type of accidents is very common in young children when playing with matches or fireworks. Housewives have to face them many times with hot oil or food being cooked. They are also very common in the kitchen, caused by boiling water or hot milk spilling over the delicate skin of young children.

– Chemical burns: The discharge of certain chemicals on the skin is a common cause of numerous burns. Chemical burns can result from alkaline products, such as caustic soda or caustic potash, or acids products, such as sulfuric acid, which destroys the skin and the underlying tissues. Chemicals are highly corrosive and they are usually the cause of many third-degree burns.

– Sunburns: Sunlight is responsible for usual burns. In most cases, they are simply superficial burns, causing redness. (More information about sunburn in the listing above)

– Burns from hot gas or toxic fumes: Some burns can be produced inhaling hot gases. this type of burns affect the respiratory tract. (Air, water vapor). Inhalation of toxic gaseous substances can cause the same results.

More information about burns and its natural treatment.