For example, if a crumb of bread is aspirated into the lungs, the body produces a very strong convulsion, called cough, to expel it before it gets into at speeds reaching 260 km / h.

Cough can be used to expel strange objects, excess of mucus, irritants or microorganisms. It produces a characteristic sound wich a variable intensity depending of how violent the air is expelled from the lungs.

The act of coughing

Sometimes cough is voluntary, but in most cases it is an involuntary reflex. When it happpens continuously or habitually, it is a symptom that something is going wrong in our respiratory system.

Cough is not an illness but a symptom of many resiratory diseases, such as bronchitis, ashma, common cold, flu, etc.

Sometimes it is produced when something is inhaled through the nose or when something swallowed, that should go to the esophagus, accedes to the trachea. This is what happens when we get choked when eating.

Cough is not well considered socially, so there is a tendendy to avoid it as much as possible. Many coughing people try to get rid of it by means of anti cough pills or antitussives because they consider it very disturbing or because they don’t want to show it to the people sorrounding them. However, this is not correctly done in most of the cases, because cough is necessary.

However this does not imply we should cough freely. We shoud keep in mind that coughing is the most common means for transmitting a respiratory illness. Therefore we should control it and avoid coughing freely in the presence of others.

It is a well-mannered and healthy habit to cover one’s mouth with a handkerchief or paper tissue when coughing. One should’t cover the mouth with one’s hands in order not to facilitate the microorganisms transmision. In case of not disposing of handkerchiefs we can cover our mouth with our sleeve.

Types of cough. Is coughing necessary?

There are two types of cough:

– Dry cough: When there is no expectoration, or expulsion of mucus. It is a cough that irritates the respiratory channels and should be treated to prevent it.

– Productive cough: It is a cough with expectoration (expulsion of mucus or phlegm) In this case, it is a resource of the respiratory system to clear the breathing passages. When expelling a sputum or spitting, while coughing, microbes are expulsed from inside the body, along with that slimy substance. This type of cough is beneficial for the body and it should not be stopped. 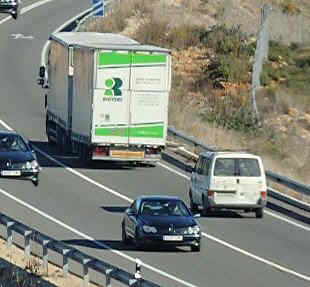 The most important ones are the following:

– Inhalation of irritants: the inhalation of substances that irritate the respiratory receptors (tobacco, chilli powder, grain powder, dust, smoke, chemicals, certain fumes, etc..) produces a reaction of the respiratory muscles, especially the diaphragm, which try to expel the foreign substance.

– Wrong swallowing : A mulfunction of epiglottis lets some food go into the trachea instead of esofaghus. Being an strange object for the respiratory tract, a violent reaction is produced to expel it outside.

– Diseases of the digestive track : gastric reflux occurs when stomach acids go up through the esophageal sphincter and enter into the esophagus. The hiatal hernia is the most common cause of the distension of the sphincter muscles. This produces a characteristic pain in the pit of the stomach (just below the sternum) and a considerably heartburn in the stomach and throat. It is also the usual cause of the presence of belching, sore throat, hoarseness, or cough without apparent viral causes.

– Nervous cough: A sudden, dry and inconsistent cough may appear in certain cases of nervousness. For example it is something usual to produce a low cough before giving a speech.

Cough usually disappears when the causes that produce them improve. Cough persisting beyond 7 days, when there is abundant mucus and especially if there are signs of blood in the sputum requires intervention by the physician who should diagnose the real causes of this problem.

Dry cough is usually treated with antitussives (medecines that prevent or reduce coughing). Productive cough is treated with expectorants (Medecines that make mucus more fluid, converting them into plegms which are easily discharged from the respiratory tract.

The natural treatment of cough involves using a series of natural resources that help to prevent or remedy it.