Earaches are unpleasant sensations that occur in one or both ears. 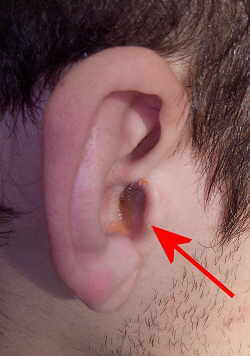 The main symptoms of earache are:

The main causes of earache are:

Diagnosis and treatment of earache

In case of earache symptoms, you should take a visit to your doctor who can diagnose the causes that produce them. This is generally performed with an examination of your ear, throat, nose and adjacent areas behind the ear.

In most cases, earaches derive from ear infections which are generally treated with antibiotics. Your doctor can prescribe you some analgesic to relieve your pain.

If it happens that you experience deafness or if earache is very intense you may have a perforated eardrum, so you should not introduce anything in your ear. The best thing to do is to seek for medical attention as soon as possible. You should do the same if you have high fever, you are dizzy or suffer from strong headache or if you do not find any improvement to your earache in one or two days

The natural treatment of earache involves using a series of natural resources that help reduce pain.