Epilepsy is a disorder caused by an abnormal activity of neurons in the brain where nerve discharges occur, too. This causes a malfunction of the motricity, perception or knowledge.

This is often accompanied by seizures and in, some cases, loss of consciousness.

Whom does epylepsy affect to?

It is a type of disorder that affects approximately between 1 and 2% of the population, especially people over 60 and children under 10.

Half of all cases of epilepsy occur before a person reaches 25.

Are people with epilepsy crazy?

Epilepsy is a disorder that does not affect the intellectual capacity of people who suffer it. However, there are many prejudices on this subject and many people have inappropriate reserves against people with epilepsy.

This idea responds to the cultural tradition, since, in the past, it was thought a person suffered these attacks as a result of being possessed by an evil spirit.

In the Middle Ages, deep attacks with loss of consciousness of epileptics were demonized and it was said the concerned person had “le grand mal” (the big evil) as opposed to those with minor attacks, which were defined as “petit mal “(little evil) 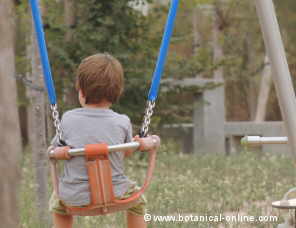 Today, though no one thinks that this disorder has a supernatural origin, there is still much ignorance about it. This leads to a rejection of people with epilepsy in the workplace, at school or in society in general, which determines the affected person to feel inferior to others.

To these social prejudices one must add the danger of the consequences of falling while an attack is taking place or the possible damage to the organism resulting from the manipulation of dangerous objects or vehicles while under attack.

For this reason, many patients with epilepsy have some degree of legal prohibition in many countries to perform certain activities or jobs such as driving or doing certain jobs.

Therefore, epilepsy is a disorder that not only has consequences on the physical, but on the psychological side, too, requiring a whole treatment, either for mind or for body. This is particularly important when the affected people are children or youth.

Why does epilepsy take place?

Many times there are no known causes of epilepsy. In many cases there is simply a genetic predisposition to suffer it.

However, among the possible causes of epilepsy we have, for example:

What are the symptoms of epilepsy? Types of Epilepsy

The main symptoms of epilepsy are the so-called “epileptic fits” or seizures that occur in the form of repeated shocks.

The main rules for preventing epilepsy include the following:

The diagnosis of epilepsy is performed by collecting data from the patient by the doctor. In this diagnosis involving the neurologist who, through a series of tests can diagnose the existence of this disease, you can be asked to take some tests.

Between them, the test of the electroencephalogram stands out. This test involves placing a series of electrodes on the head to measure the brain activity. MRI (Magnetic resonance imaging) or CT (computed tomography) are other tests are widely used.

Conventional treatment of epilepsy is based on medication administration (AED = Antiepileptic drugs). Other times, either because the person concerned does not tolerate these types of drugs or because it is more effective, surgery is performed

The natural treatment of epilepsy involves using a series of natural resources that, together with conventional medicines, can help improve the condition of patients with epilepsy.