Gonorrhea or blenorrhea is an infectious disease of inflammatory nature of the genitourinary tract that mainly affects the vagina and urethra.

It is caused by bacteria, gonococci – Neisseria ghonorrhoeae – which tends to settle in the mucous membranes of the genital and urinary tract and the tissues around them.

Whom does gonorrhea affect?

It is a disease usually transmitted through sexual contact (sexually transmitted disease) but also the pregnant women can transmit to their sons or daughters, under certain conditions, at the time of delivery.

Gonorrhea or blennorrhea is caused by gonococcal infection. There are three routes of transmission: 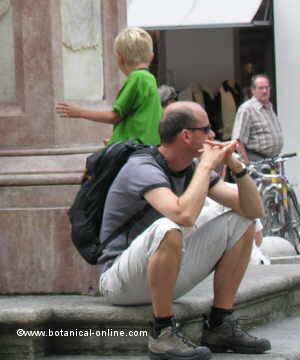 Even after initial symptoms appear, the disease may continue even if its asymptomatic.

Complications or symptoms in men

When the disease is not treated properly, it can evolve to produce the following symptoms: 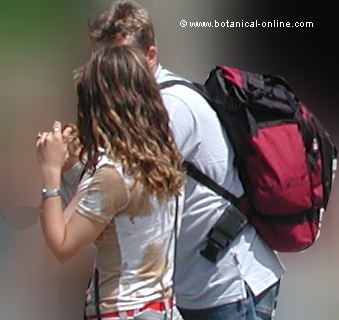 When the disease is not treated properly it can evolve to produce the following symptoms:

How to prevent gonorrhea

Gonorrhea is a disease confined to the past. Although it was one of the most dangerous and deadly disease until the discovery of penicillin, today it is a sexually transmitted infection that, most frequently, can weaken the body or even cause death if not treated properly.

According to statistics conducted in the United States, there are each year nearly half a million cases diagnosed. It is believed to exist about 2 million people infected, which represents 1 in 130.

The gonorrhea bacterium has a great power of infection. It is estimated that the chances of infection after holding a single sexual contact with an infected person reaches 60 or 90%. Young people between 15 and 30 years are especially vulnerable.

They represent the group with a greatest potentially risk of getting it, because they are more sexually active and more likely to change partners. Statistically, 80 or 90% of cases of gonorrhea were detected in this group.

There are no vaccines for this disease. The only way to ensure that there is no contagion is to abstain from sex or to to have it with a stable partner who is not infected for sure.

Proper use of condoms, though not fully guarantee the contagion, greatly reduces the risk, so that one should always use them in any sexual relationship with another person other than his or her regular partner.

Therefore, we recommend a periodic review to determine an early diagnosis and appropriate treatment in the early stages of this disease to any person who engages in high-risk sex: Sex practices with non-regular partners without condoms, sex with multiple persons, or any person having or suspected to have a history of sexually transmitted diseases.

Diagnostics and treatment of gonorrhea

It is very important to see a doctor when one has symptoms that could indicate the presence of the disease or when in doubt of its possible existence as a result of maintaining an unsafe relationship.

After contact, the disease usually takes from 2 to 8 days to be manifested. Sometimes it can take up to 30 days.

Gonorrhea is diagnosed through a urine test or a series of possible infected samples collected from the medical patients. Among the main evidence is the so-called Gram stein test that can show through the microscope the presence of gonococci in the sample.

It is the duty of the person who has been diagnosed with this disease to communicate it to the partner or people he or she had sex with. This will allow to discover a possible infection to apply an advanced treatment, which will facilitate the healing and will make it more difficult to expand.

It also required the patient or carrier of the disease to abstain from sex while undergoing a treatment. Only one’s doctor, through suitable analysis, can assure that the sick person and is completely healed. The cure for this disease does not protect the individual from any further infections.

Gonorrhea often occurs in association with other sexually transmitted diseases, so when diagnostic tests are performed, they also commonly include tests for other diseases, such as chlamydia or AIDS.

Natural treatment of the gonorrhea

The natural treatment of the gonorrhea involves using a series of natural resources that can help conventional treatments to cure or make the body more resistant to infection.

More information on the natural treatment of the gonorrhea.

Diseases of the genital tract