What is hydrotherapy good for?

Hydrotherapy is the external therapeutic use of water for the cure of the pain or the remediation of certain diseases.

Hydrotherapy is based on the ability of water to transmit heat or cold, which produces specific responses to each type of individual.

The use of water for healing dates back to antiquity. The first to use it were the Egyptians, but the maximum boom coincided with the ancient Greeks and Romans, as shown in the remains of baths found.

Among the top names in the history of the phytotherapy, we must mention Priessnitz Vincent, who based on studies of Hippocrates. He is considered the father of hydrotherapy.

Sebastian Kneipp is another of the big names. He was a German priest, founder of the ” Kneipp cure”. He used hydrotherapy, along with herbs and a proper diet to increase the body’s defenses. thereby he achieved to cure his own illness.

The third great man is Louis Kuhne, famous for his book “The new science of healing “, which focuses primarily on the technique of the baths, especially the so-called “vital bath”

Spas became especially popular in Europe during the eighteenth and nineteenth centuries.

At present, the therapeutic use of water is well recognized and there are many centers around the world. We find the use of hydrotherapy spas both as nursing homes, hospitals, etc. Increasingly the use of massage is setting not only in hotels but in private homes.

Reactions of the body to water. The temperature of the water in hydrotherapy 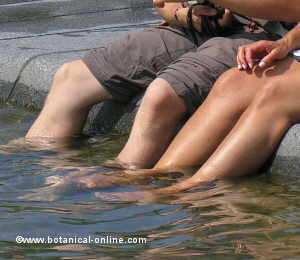 Body reactions to different water temperatures: In hydrotherapy thermal effects are considered those that occur as a result of water temperature, whether or not the applied water has medicinal properties. We can say that:

On the opposite side: 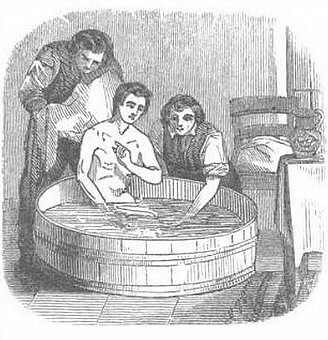 In general, according to the degree of heat that has water, we can say that it creates the following conditions:

Types of water used in hydrotherapy

Body reactions to the different composition of water

They are those that occur as a result, not only of the temperature of the water, but of minerals dissolved in water. According to the content of these waters, they can be considered as:

The use of water as a curative element is one of the most economical and safest ways to remedy the physical problems. In general, water relieves pain, improves physical conditions, soothes and relaxes the body and provides a sense of well being.

Many are the specific treatments that can be accomplished by hydrotherapy. Among them, we can mention the following: