What is the immune system?

The immune system consists of a complex network of organs responsible for protecting the body against foreign substances to which they have to destroy.

The immune system protects the body from diseases caused by parasites and infectious agents from outside (fungi, viruses, bacteria) or from the the body itself (tumor cells).

In addition, the immune system also has what is called immunological memory which is the ability to develop a stronger defense system against antigens.

So, when the defense system is again confronted with a known organism, is better adapted to eliminate it.

The immune system consists of three subsystems or barriers:

The first barrier of defense system is a series of elements whose mission is to prevent the entry into the body of foreign elements. They are mechanical barriers that constitute the first line of defense. So, the body is protected with an outer shell, the skin, to prevent foreign elements from entry. Mucous membranes of the body also are a part of defensive barriers.

Strange invaders can be destroyed, as it happens with the action of saliva or gastric acid against the ingested organisms.

They can be expelled outside, as when a foreign body goes into the lungs and is expelled by coughing violently or enters the nose and is expelled through sneezing. The tears of the eyes also play a similar function. 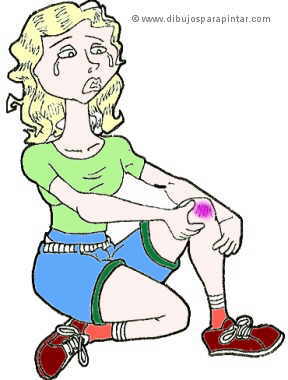 A wound can be the entry of microbes in the blood. Our natural immunity, made by leukocytes, is designed to destroyed them before they can infect us.

Despite these barriers, many foreign objects manage to get inside. At this point, they have to face the innate immune system, consisting of leukocytes, which are able to recognize them as something strange and kill them.

It is a barrier made up of innate defensive cells. This barrier offers an immediate response to environmental aggressions. It is produced by the human species as a result of adaptation to the attack of infectious agents

The natural immunity works, for example, when a wound is produced. The wound allows the entry of microbes in the blood, leukocytes are responsible for devouring them to prevent our body to be infected.

Another barrier is constituted by the defense that develops from contact with the elements that the body recognizes not to belong to the body itself. This defense is not inherited but, it has been developed as a result of the contact with these strange substances.

What are antigens and antibodies?

From this contact, the body develops antibodies that will be responsible for eliminating antigens when they return. Antigens are proteins produced mainly by fungi, bacteria and other toxic substances coming from outside the body. The immune system is able to detect antigens and produce antibodies to destroy them. For each antigen the body produces a specific antibody.

How is acquired immunity obtained?

Besides being developed in a natural way, for example, through illness, immunity can be acquired artificially by vaccines.

Many of the diseases considered “childhood diseases” produce this type of immunity. For example, this takes place when someone, sick with measles, develops antibodies that are capable of eliminating virus attacks after they occur. The chickenpox vaccine is made precisely to develop the antibodies necessary for people to not get sick when they come into contact with the infectious agent. Other conditions developing acquired immunity are rubella or measles.

Other diseases generate a temporary immunity, only valid for the type of organism that produced it. Because microorganisms have a great capacity to produce different variations that can mutate to attack the body and infect it again.

This is the case of the flu. A person can develop immunity after an episode of this disease and is much more likely not to fall ill, but the flu virus mutates very easily from year to year and can easily infect the same patient again when it reappears. That is why flu vaccines provide protection only for a season.

Passive immunity: It is a short term immunity which is also called “temporary immunity” as the one provided by the mother’s milk to the nursing baby.

The main components of the immune system are:

They are the primary defensive cells. There are two types of white blood cells: phagocytes and lymphocytes.

Phagocytes are cells that devour foreign organisms. Within these, the most common are granulocytes, consisting of neutrophils, basophils, and eosinophils.

Finally, another important group of phagocytes are dendritic cells. Like the rest of phagocytes, they are able to devour any invader. They can inform the rest of the immune system of the presence of foreign bodies and purify fluids. 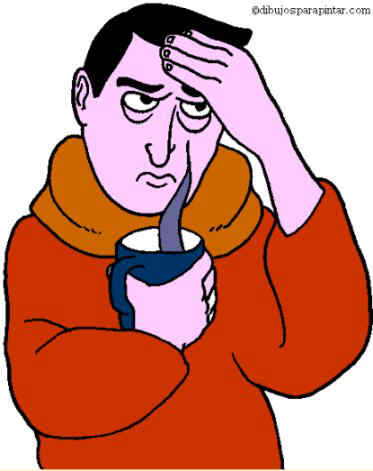 Flu can be prevented by applying a flu vaccine. This is aimed to develop antibodies that will recognize the flu virus when entering the body.

Lymphocytes are cells that originate in the bone marrow but move to different parts of the lymphatic system, such as the spleen, thymus or lymph nodes.

They are a special type of white blood cells that constitute the defensive cells of the acquired immune system. There are two types: B Lymphocytes and T lymphocytes.

Functions of B lymphocytes

B lymphocytes can recognize strange substances and mark them so they can be eliminated. They are extremely useful because they are the ones that produce antibodies, also called immunoglobulins.Antibodies are proteins that attach to antigens and recognize them as foreign to the body. In addition, B cells, upon contact with antigens, are able to create a memory of each one of them.

Special receptors in the lymphocyte surface are able to recognize antigens. The receivers are very specialized, since they can only recognize a single antigen. There are specific receivers for different specific antigens.

Thus, when one of these antigens comes back again to invade the body, there is a rapid production of antibodies that will allow the defensive system act quickly because of the already recognized antigen in the previous infection.

T lymphocytes or T cells , in addition to recognizing strange substances for the body , collaborate with phagocytes in their elimination

There are essentially two types:

The application of vaccines responds precisely to the creation of antibodies. Vaccination is introduced through a weakened pathogenic body so as to create antibodies. We can say that a flu vaccine, for example, contains the flu virus “weakened” so that the body can make antibodies that recognize the “normal” influenza virus when it enters the body. This recognition will allow a rapid response so that the infection can be removed before it progresses.

The role of antibodies is not to eliminate but recognize antigens and indicate to other components that must be destroyed. Those who exercise this function are the phagocytes, T cells and proteins called complement group.

A group of proteins also involved in the elimination of antigens. They are found in the blood and act quickly when an infection. Their function is to produce inflammation in the area (more blood accumulation and, therefore, more defensive cells presence), to inform macrophages about foreign substances, to surround invaders waiting for phagocytes to devour them, or to delete them personally.

In addition to drain excessive fluids from the body, the lymphatic system is the main component of the immune system. The flow channels are known as lymph vessels and the extensions are called lymph vessels. Lymph nodes are bean-shaped clusters formed and distributed in parts of the body such as armpits, neck, or groins.

Diseases or disorders of the immune system

A strong immune system can guarantee immunity against many diseases. However, sometimes there are changes in the immune system and create disorders.

We can distinguish 4 groups of disorders affecting the immune system: