Home › Natural medicine › What symptoms does irritable bowel syndrome cause?

The main symptoms of irritable bowel are: 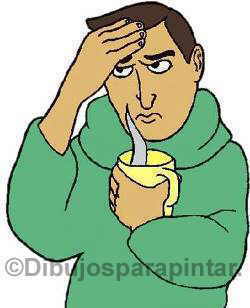 It is considered that at least two of the following symptoms must be present for 12 weeks (consecutive or not) and in the last 12 months. 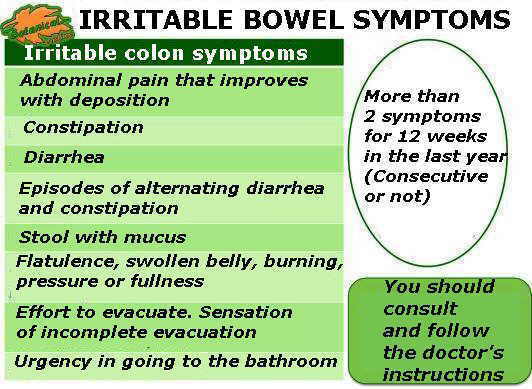 Symptoms of irritable bowel. You must have 2 or more symptoms for 12 weeks in the last year. The diagnosis must be made by a doctor based on his assessment.

Other symptoms of irritable bowel syndrome and associated diseases

Observing people diagnosed with irritable bowel syndrome, it has been determined that the following conditions may occur:

Three different subtypes of irritable colon are established according to the alterations in the depositional habit:

The doctor usually asks about the depositional rhythm in addition to other details such as the texture of the stool, shape, color and symptoms that accompany the episodes of diarrhea and constipation:

The diagnostic criteria are defined in the Rome criteria document.

There are different degrees of irritable bowel syndrome. The milder may take time to diagnose, while at other times it may be disabling:

Irritable bowel syndrome (IBS) should be diagnosed by a doctor, who makes an overall assessment of its symptoms and possible causes.

Irritable bowel affects a large number of people, with twice as many women as men suffering from it.

– Diet for irritable bowel with constipation

– Diet for irritable bowel with diarrhea