Menopause is a natural stage in a woman’s life characterized by the definitive loss of menstruation. This period is produced because the ovaries stop maturing ovules.

There is a tendency, increasingly widespread, to medicalize menopause as if it were a disease. It is a natural stage: it is not pathological, nor is it harmful to health, and it is not necessary to take anything as a preventive remedy for its symptoms, which, on the other hand, do not always occur.

You can experience menopause with total naturalness, serenity and joy. Here we tell you more about the possible symptoms, conventional treatment, advice and alternative natural remedies to the possible conditions that may arise.

How does menopause appear? 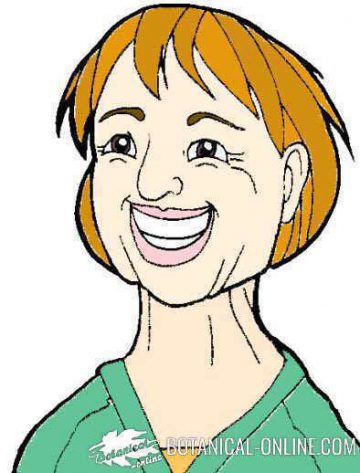 Drawing woman in menopause. It’s a normal period in a woman’s life

Menopause does not occur abruptly, but there are a series of indications in menstruation that indicate that the woman will stop ovulating. This period, which may last a few years, is called climacteric or premenopause and is characterized by:

After these symptoms, It is considered that a woman has reached the period of menopause when she has not had menstruation in a year .

At what age does menopause occur?

Menopause can occur very early, before reaching 40, although it is common to occur between 45 and 50 years old. A few women can keep their periods up to 60.

Menopause is not produced in a sudden, but there are a number of clues on the period that indicate that women will stop ovulating: alterations of menstruation with very abundant or very poor periods, no periods, etc. It is considered that after these symptoms, a woman who does not have periods in a year has come the period of menopause.

The most characteristic symptoms are hot flushes that produce a sudden increase in body heat that can be up to 5ºC above normal, and is especially noticeable in the face and torso.

It affects most women. They are usually of short duration and are not extended beyond three minutes.

As for the depressive symptoms, they are usually mild.

Among all the symptoms of menopause, we can point out:

The causes of these symptoms are hormonal changes experienced by women when the ovaries stop producing ovules. In addition to producing fewer ovules, they also produce less estrogen and less progesterone.

As these hormones are disappearing, these symptoms may occur, and may facilitate the appearance of other more serious bodily diseases, typical of maturity in both men and women, such as osteoporosis, diabetes (increase in hemoglobin glycosylated), increased cholesterol and heart problems.

The reactions to menopause are very different in each woman. There are also asymptomatic cases. Before the appearance of the symptoms mentioned above, a visit to the specialist is required to diagnose the real situation of each woman andan d, if necessary, the personalized treatment that must be followed. 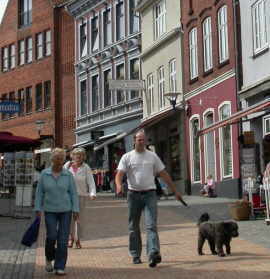 Exercising or walking helps decrease the symptoms of menopause

Menopause is not a disease and therefore does not require treatment. Ordinary or conventional treatment of women in menopause is usually based on the symptomatic treatment of the inconviniencies the hormonal alterations produce . To do this, doctors rely on the use of a hormone replacement therapy that serves to replace the deficiency of estrogen that leads to menopause. Due to the particular characteristics of each woman, it is the doctor who must administer and control this type of treatment.

Another possibility is the use of certain antidepressant medications to increase serotonin levels, since women who have a high level of this hormone do not usually suffer as much from the symptoms of menopause.

Tips to reduce the symptoms of menopause

Among the main tips to make menopause more bearable we would mention the following:

Vitamins and minerals for menopause