Migraine is a headache that appears very frequently and of an intensity so strong that it can paralyze the person and prevent him from carrying out his normal life.

The appearance of migraines diminishes the quality of life of the people who suffer them and can become incapacitating. 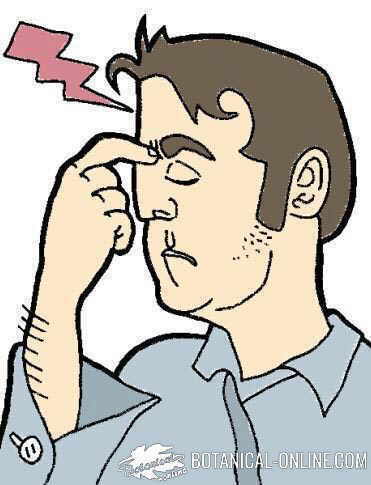 Many people, even eating healthy foods, suffer from migraines. The DAO deficit could explain these symptoms.

What part of the head hurts in the migraine?

Migraines are very acute headaches located, in most cases, on one side of the head from the height of the temple to the top.

In addition to headache, migraines are often accompanied by vomiting, dizziness, tremor and even blurred vision

Who has more migraine?

Migraines or migraines affect women more than men. It is estimated that this problem affects approximately 10% of the western population.

There are different types of migraine, which are classified according to the duration of the symptoms and the sensations they produce in:

What is migraine with aura?

The sensations experienced by people who have migraine with aura are very varied. Within these, the most common, in order of frequency of appearance, are the following:

What is common migraine or migraine without aura?

It is one in which the phenomenon of the auras does not occur, but it does have the same symptoms (described below).

The Prodromes can be produced, which are manifested with the set of symptoms through various bodily sensations such as problems concentrating, irritability or euphoria, yawning, which precede the migraine, hours or even days before.

How do I differentiate a migraine from a headache?

Migraine also causes headache. However, while the headache is simply a heaviness or more or less large pain in the head, migraines present a greater symptomatology in both intensity and variety.

Other symptoms of migraine

Other less common symptoms of migraine are:

Sheet on the theories and causes of migraine and possible triggers. Migraine has natural treatment and solution.

Theories and causes of migraine and possible triggers. Migraine has natural treatment and solution.

It is not known exactly what causes migraine. The main theories about the causes of migraine are:

According to the food theory of migraine, eating this type of food induces the onset of migraine attacks, since it increases the level of histamine in the blood and histamine is, ultimately, responsible for the appearance of migraine.

The main foods rich in histamine are: shellfish, milk and derivatives, citrus and egg white.

There are a number of factors that predispose to the onset of migraine. The most important are:

There is no specific treatment for migraine. The pharmacological treatment of migraine is based on symptomatic treatment, by means of using of a series of medicines designed:

The range of medicines used can be very varied (antidepressants, analgesics, antihypertensives, antiepileptics, etc.) and the treatments are usually very long.

The official treatment considers that a person has to take migraine medications in case of chronic migraine or in case of having suffered 3 migraine attacks. Even so, in many cases the medications are not effective.

Vitamins and minerals for migraine