What is premature ejaculation?

Premature ejaculation occurs when ejaculation and orgasm occur prior to, or just at the start of, penetration in a totally involuntary manner. 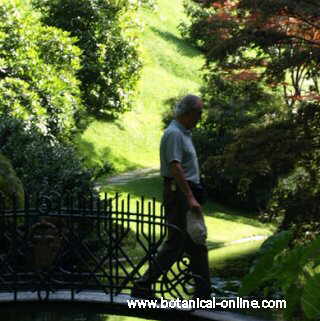 Inability to control ejaculation. Involuntary male orgasm that occurs immediately after penetration or before this.

In addition, it can generate anxiety, loss of self-esteem and sexual dissatisfaction.

In severe cases it can cause male infertility because the semen is expelled before vaginal penetration.

The main causes of premature ejaculation can be divided into two groups:

Most young men can experience rapid ejaculations during the first sexual intercourse, which, in most cases, will resolve spontaneously.

The psychological causes are the most abundant, affecting 75% of men at some point in their lifetime.

The socially accepted obligation of men to “play a good role in bed” can generate high emotional tension that, in some cases, leads to premature ejaculation.

The erroneous belief that women must compulsorily reach orgasm through penetration leads to the creation of emotional tension in men that can cause this problem. It is seen as something prohibited, so it must be done quickly, prevents the prolongation of the pleasant act and, consequently, can lead to a lack of control in ejaculation in later times.

Other personal causes, such as the shame of showing the body naturally, the obstacles of a social or religious type, or the lack of communication in the couple influence this sense.

On the other hand, certain physical problems, such as chronic prostatitis, urethral or testicular malformations, thyroid disorders, neurological diseases, endocrinopathies (diabetes) or the intake of certain drugs or toxins (alcohol and tobacco), could be the cause of premature ejaculation.

The treatment of this dysfunction can be approached from many different fronts. There are techniques to re-educate the individual so that he knows when ejaculation will take place and, consequently, that he knows how he can control it before entering the ejaculatory reflex, which is already uncontrollable. Fundamentally, these techniques are based on three principles.

When premature ejaculation is due to physical problems, diagnosis and treatment by a specialist doctor will be essential. The ingestion of certain drugs or the application of anesthetic cream on the penis can help to solve the problem.

When the origin of the problem is psychological, greater communication between the members of the couple that allows a more open sexuality can end up solving the problem. Avoiding looking for culprits, downplaying the problem, and lengthening preliminaries can also be helpful measures. But, if all this is insufficient, adequate therapy by a psychotherapist is essential.