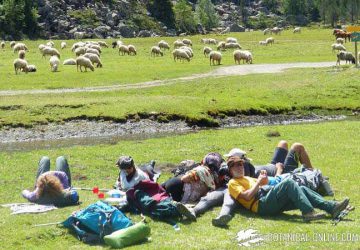 Syphilis  is an infection caused by a bacteria, the spirochete Treponema pallidum.

Syphilis is one of the most common sexually transmitted diseases. In the past it had high prevalence, since it appeared in Europe in the fifteenth century and mainly spread during the sixteenth century. From this century until the first quarter of the nineteenth century, the mercury-based treatments were ineffective. From the First World War it began to be cured with bismuth and arsenic. With the subsequent discovery and use of antibiotics cases dropped dramatically.

However, syphilis has never been eradicated and has resurfaced stronger in recent years due to increased drug use. Needle sharing and a greater promiscuity without adequate protection has led to its growth.. There is no doubt that the importance given to infection by AIDS, has lead to “lowering the guard” against other sexual diseases like syphilis.

Whom does syphilis affect?

Syphilis can affect anyone of any age but it is most common in people who have more frequent sex with different people, regardless of sexual orientation. The largest proportion of patients is higher in large cities, particularly in people from 15 to 40 years.

It is a disease that, if properly diagnosed and treated in its early stages, it is cured completely without causing complications. 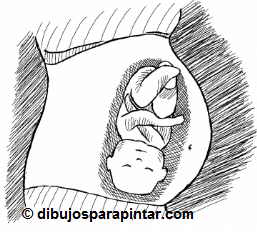 Syphilis, as mentioned above, is caused by infection with the spirochete Treponema pallidum. There are three routes of transmission:

The first symptoms of infection usually appear within 20 days after the occurrence of infection, although the incubation period can vary between 10 and 90 days. The disease if not properly treated, will evolve in four phases, in which symptoms may not exist or be different in each of these phases.

Diagnosis and treatment of syphilis

It is very important to see a doctor when there are symptoms that could indicate the presence of this disease or when one is in doubt of its possible existence because one has maintained an unsafe relation.

The diagnosis of syphilis is a consultation by the physician on the patient’s sexual activity and its possible relationship with risk groups. Later, there will be a visual inspection to detect the possible presence of sores or other skin reactions.

Syphilis is diagnosed by taking a sample of skin lesions and analyzing it under a microscope to detect the presence of the bacteria causing this disease. Another more accurate way is through blood tests (a series of tests such as VDRL, RPR will show the presence of antigens in the blood). If these tests are positive, others antigenic determinants are used to rule out other possible diseases that produce similar symptoms and confirm the previous diagnosis. (FTA-ABS or MHA-TP)

The treatment involves the use of antibiotics. In general, penicillin is used; for patients allergic to this medication, they are other drugs such as erythromycin. When treatment is finished, the patient is subjected to a series of checks for a couple of years to ensure that there has not been a resurgence of the disease, in which case they would continue with the application of antibiotics.

Diseases of the genital tract