Tuberculosis (TB or Tb) is a serious and contagious disease, acute or chronic, capable of causing death. This disease is caused by the infection with a bacterium, known as the Koch bacillus (Mycobacterium tuberculosis).

Tuberculosis is one of the most common contagious diseases in the world, causing around 2 million deaths yearly.

The WHO estimates that about 2 billion people have had contact with the bacteria, and that there are around 20 million sick people worldwide.

The best way to prevent tuberculosis is to maintain adequate hygiene practices (like covering the nose and mouth during a cough or sneeze), and taking precautions like: proper ventilation, natural UV light, etc, as well as early detection of infection to prevent spread.

Tuberculosis in the West

Tuberculosis seemed to be a disease that had disappeared in the West due to the use of antibiotics and the greater hygiene conditions. However, in recent years it has re-emerged and has even done so more strongly. The biggest problem with this disease is that the bacteria are becoming resistant to antibiotic drugs, so that, in many cases, it is very difficult to obtain a cure for the patient.

The fact of coming into contact with this bacterium does not imply that this disease must necessarily develop.

Where are the most tuberculosis patients?

Africa, Asia and Oceania are the continents with the highest rate of tuberculosis. It is estimated that 2 out of every 100 people contract this disease every year, while in the western world, the contagion rate is usually 1.5 to 2 per thousand.

Tuberculosis is mainly produced by a bacterium called Mycobacterium tuberculosis, which is a bacillus capable of infecting healthy people. This bacterium is also known under the name of Koch bacillus, a name given by the surname of the German doctor Heinrich Hermann Robert Koch who discovered it in 1882.

Other types of bacteria that can cause tuberculosis

There are other bacteria that can also cause tuberculosis, but its incidence is minimal compared to Mycobacterium tuberculosis. The main bacteria are the following:

• Mycobacterium bovis:As its name indicates, it is the bacterium that infects bovine tuberculosis in animals (cows, buffaloes, bison, etc.). It can also infect people, especially when they drink milk from these animals that has not been disinfected. 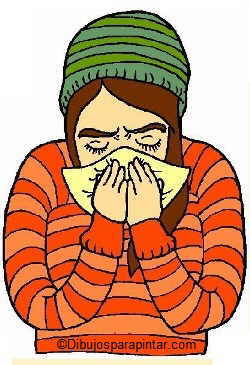 Depending on the organ it affects, tuberculosis receives different names. We have the following types of tuberculosis

Hygiene is vital to prevent the spread of tuberculosis. For example, it is better to cough on the elbow, since if you cough on your hands, when you open doors, you are leaving a trace of bacteria that will infect third parties.

How is tuberculosis spread?

Tuberculosis lives in the body of the person affected and is spread through respiratory droplet nuclei.  When a sick person coughs, sneezes, talks, sings, yawns, whistles, or spits, it releases infectious particles – these are droplets of saliva called Flügge droplets, which have the ability to infect a healthy person who has inhaled them.

Therefore, this disease is spread through the respiratory emissions of the sick person that float in the air and are infected by the bacteria that cause the disease.

Can tuberculosis be spread during pregnancy?

Obviously, a sick and pregnant woman can transmit this infection and pathology directly to the unborn or to the baby, since this bacterium can cross the placenta.

How is tuberculosis not spread?

It is not spread only by physical contact with clothing or other belongings that the infected patient has touched or worn. The bacterium that causes this disease is very little resistant when it is outdoors, so it quickly dies, since it is very sensitive to sunlight, heat and ultraviolet light.

It also dies when it comes in contact with some disinfectants.

Is it easy to get tuberculosis?

In healthy people, with healthy immune defenses, it is not too easy to get infected, although, obviously, it also infects healthy people. The defensive system of healthy people who come into contact with the bacillus usually eliminates it without the person being aware in most cases. In addition, tuberculosis is not spread by occasional contact, since this bacterium survives a very short time in the air.

Who is mainly affected by tuberculosis?

The spread of tuberculosis can affect anyone, although there are some people who have a higher chance of getting it: