Characteristics and structure of fatty acids

What are fatty acids?

Fatty acids are molecules that make up the fat particles.

Chemically, a fatty acid is a molecule formed by a carbon chain containing at its end an acid group (the acid group is also called in chemisty carboxyl group).

It is called acid because the carboxyl group reacts with the water manifesting negative charge and has an acid character.

Generally, fatty acids contain between 16 and 22 carbon atoms, although there are some more or less long than these.

Fatty acids are classified according to whether they are: 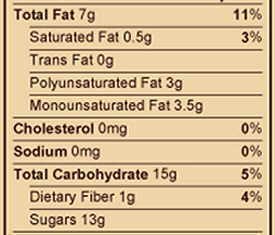 Photo of a detail of some cookies composition. The classification of fats can be distinguished according to whether they are saturated, monounsaturated or polyunsaturated.

Fatty acids are divided into different classes, depending on the amount of double bonds (unsaturations) contained in the carbon chain.

Saturated fatty acids are those that do not contain any double bonds or unsaturation in their carbon chain, so all bonds are simple.

This feature allows the binding of molecules by Van Der Waals forces, which gives a more stable structure to the molecule.

Physically this stability is manifested by the characteristic that the saturated fatty acids are solid or semisolid at room temperature, such as butter. 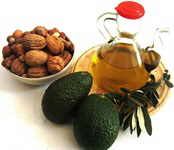 Unsaturated fatty acids are those that contain at least one double bond, two, or triple bonds in the carbon chain. They can contain up to 6 unsaturations (as in the case of docosahexaenoic acid DHA)

In chemistry, double or triple bonds are called unsaturations. When presenting unsaturations, the molecules of fatty acids are folded differently and Van Der Waals forces can not act, reason why its structure is less rigid. This results in that, physically, unsaturated fats are liquid at room temperature, such as vegetable oils.

Because they contain a chain with some double bond, also called unsaturation, their structure is usually in “cis” configuration and differs from the saturated ones, which usually have a “trans” structure.

Their effects on our body also change, so because of all these properties, they are called unsaturated fatty acids.

How can unsaturated fatty acids be?

Depending on the number or amount of double bonds the fatty acids contain, they shall be classified as:

– Monounsaturated fatty acids: if they only contain an unsaturation or double bond.

– Trans or hydrogenated fatty acids: They are those that originally contain several double bonds or unsaturations in their carbon chain, that is, they are polyunsaturated. But they have undergone a process that changes their structure and makes them more saturated.