What is Parkinson’s disease

Parkinson’s disease is a progressive neurodegenerative disease characterized mainly by the lack or difficulty of movement, because of muscle rigidity, the presence of tremors and a poor coordination.

It is the most common disease of the nervous system in elderly.

It was named Parkinson’s disease because it was discovered in the eighteenth century by an English physician named James Parkinson. It is a neurodegenerative disease that gets worse as time passes.

Why does Parkinson’s disease take place? 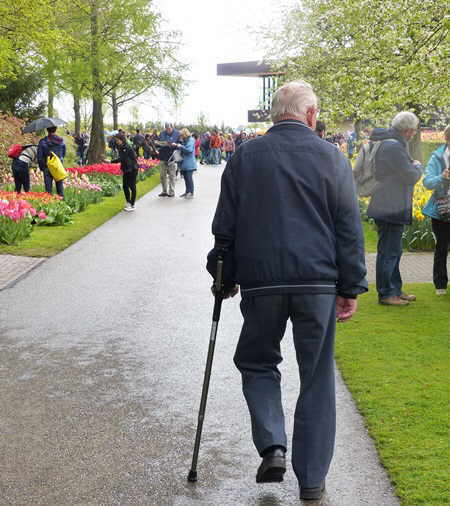 Parkinson’s disease is a neurodegenerative disease that has no cure, but through healthy eating and lifestyle can improve the health prognosis of affected people.

It is caused by degeneration of brain neurons in the area that controls the movement, known as the substantia nigra.

The cells in the substantia nigra are the main ones that produce dopamine, a nerve transmitter that is necessary for normal functioning of central nervous system, by being responsible for the transmission of nerve impulses.

The degeneration of neurons in the substantia nigra implies a lack of dopamine and the appearance of numerous anomalies in the person suffering from this disease.

Whom does Parkinson’s disease mainly affect?

Parkinson’s disease affects both men and women, but it is more common in men.

It appears anywhere in the world and is most common after age 60, but may also occur in young people, especially after 35 years.

How is Parkinson’s disease manifested?

Due to the decrease of dopamine in the ganglia of the brain, muscle stiffness occurs, slow movements and tremors, which are the most characteristic signs of this disease. It is a degenerative disease that gets worse as time goes by.

The main symptoms of Parkinson’s diseases are: 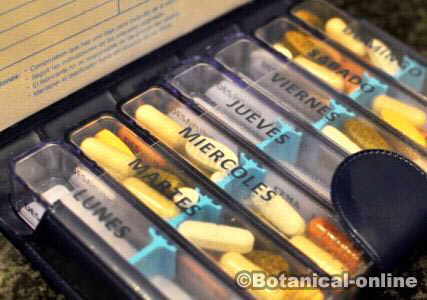 The medication used for Parkinson’s is effective, but it produces a small side effect that is the depletion of B12 and folic acid levels and increases homocysteine levels.

It has been much discussion about the real causes that produce cell degeneration in the substantia nigra of the brain. Among them, the main ones are:

It is believed that the lack of ingestion of antioxidant foods would be responsible for the appearance of numerous free radicals that would contribute to the onset of Parkinson’s disease. Thus, for example, a deficiency of vitamin E, a powerful antioxidant, could help trigger the disease. On the contrary, a prolonged diet, rich in antioxidant foods, would favor the elimination of toxins and protect us against this disease. Studies conducted in the Netherlands demonstrated the importance of this vitamin in the prevention of the disease.

Other times, it is assumed that some foods can help favor their appearance. Thus, for example, the inhabitants of Guam, the largest island of the Marianas in the Western Pacific, include in their diet the seeds of a plant, called queen sago – Cycas circinalis. The rates of Parkinson’s among the inhabitants of this island are very high, reason why it is suspected that they could be due to the fact of including the seeds of this plant very habitually in their meals.

It has been proven, for example, that people who have habitually drunk water from wells are more likely to develop this disease.

There are suspicions that people with relatives who suffer or have suffered from this disease are more likely to develop it. It seems that there are people who, from birth, have less neuronal wealth in the substantia nigra and who, with the normal wear and tear produced by age, have greater options to suffer it.

As for race, it has been found that there is a higher percentage of people with Parkinson’s in Europe and the United States than in Asia. In Africa, the percentage is much lower than in Asia, so one might think at first that the black race is less susceptible to this disease. However, studies conducted in the United States show that the percentage of patients in this country between blacks and whites is the same, which goes to show that it is not a matter of race, but rather of some external factor that triggers the illness.

Before the onset of symptoms which can make us think the possible existence of this disease a visit to the doctor is necessary. Proper diagnose is done by physical and neurological examinations.

Parkinson’s disease can not be cured. The medicine has the ability to manage a variety of medications that are intended to increase dopamine levels in the body (medication levodopa). Others provide treatment to the disease-related symptoms.

You need proper medical treatment to prevent the maximum physical and mental deterioration of the sick person. The use of medicines may delay or reduce the symptoms of this disease, especially when adequate treatment is applied in the initial stages of the disease.

Among the treatments being tested we can consider the possible introduction of brain cells from pigs in the human brain as a method to produce more dopamine.

Experiments are underway on the possibility of using electrical stimulation of dopamine-producing cells.

The natural treatment of Parkinson’s disease involves the use of a number of resources to complement the conventional treatment.

Parkinson's lack of folate and vitamin B12