Home › Food › Where was coffee invented?

A brief history on coffee 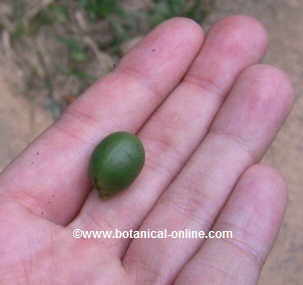 It is thought that coffee comes from Abyssinia, a region which lies in Northwest of Africa between the Red Sea and River Nile. This regions was mainly part of what it is known today as Ethiopia.

According to a legend, about 500 years A. C, a shepherd who was taking care of his goats on the mountain noted their animals were much excited after eating some red berries from a bush. The same curious shepherd ate a fruit and felt a pleasant sensation. He felt he was more encouraged and his body was plenty of energy.

Surely, he announced this finding to his friends and family, so they probably were also so curious that the would probably also taste it. At first, they would taste the ripe fruit. As time passed, they would learn to keep those grains dry and, finally, they would cook them in an oven so as to accelerate the drying time. The discovery of the properties of coffee was probably done by chance.

Where was coffee invented?

We do not know exactly if these early users prepared it boiled as we do today. The most general opinion seems to suggest that they crushed it as they did with the grain, mix it with water and formed a sort of dough, that later was baked.

The stimulating and refreshing properties of this preparation were used by shepherds and coffee was a source of energy for warriors. The excess material was supplied as livestock feed. 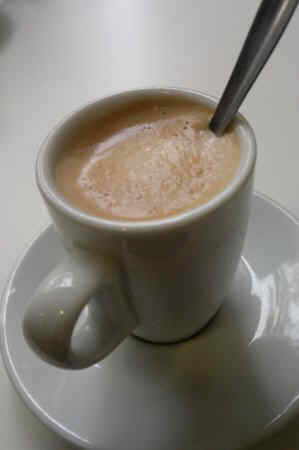 Archaeological findings of various utensils used to prepare coffee suggest that the preparation of boiled coffee or coffee brewing starts in the twelfth century in the Arabian peninsula. Brought by the Arabs who took slaves from Ethiopia, this beverage began to be popular in this area and reached its peak in the south of the peninsula, in the area that would correspond to present-day Yemen, where it is known that there were large plantations.

From Yemen, its cultivation spread in the Arab world. Coffee, which the Arabs called Kahwah, expanded quickly to become a drink that was very enjoyed and used, which is not surprising in a culture whose religion prohibits the consumption of toxic substances such as alcohol. Drinking coffee, besides a very used beverage, became part of Muslim ritual.

The expansion of coffee consumption in the Arab world

In the fifteenth century coffee begins to expand through the whole Arab world. Through traders, it arrived across northern Africa, Persia and Turkey. In fact, we know that the first coffee shop was opened in Constantinople in 1475. This city, which corresponds to what is now Istanbul, was then the capital of the Ottoman Empire. 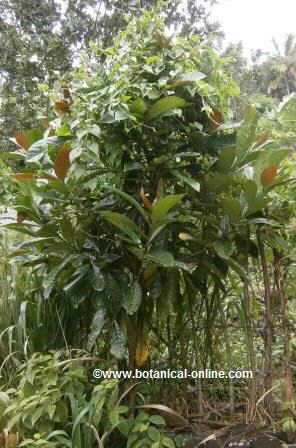 The widespread use initially led a major controversy. Doctors, lawyers and imams debated for long whether consumption was appropriate according to Koran. In the year 1511 they prohibited its consumption, which caused great popular disorders that ultimately led to the ban cancellation. This facilitated its expansion throughout the Arab world.

It is during this time when a whole series of inventions relating to the form of coffee consumption appear. It is known that the grains were roasted and boiled with water. Subsequently, coffee beans were powdered and left them to soak for a day and a half. Then, they were boiled and kept in containers ready for drinking. At this time Turkish coffee pot or “brik” was born. Coffee could now be prepared from a blend of roasted and ground seeds of this plant. Sugar, cinnamon and cloves were added to this beverage. 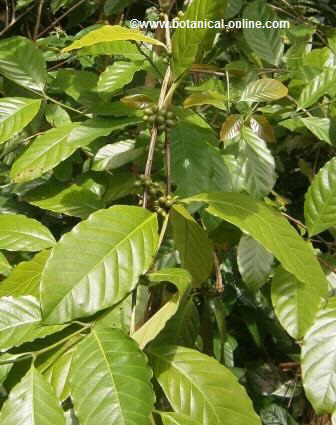 The expansion of coffee consumption in the West

Venetian merchants brought coffee to the West from Constantinople in the seventeenth century. The arrival of coffee involves many arguments over the convenience of their use, as it happened in the Islamic world. Many religious authorities doubt about the “morality” of its consumption. At first, many priests of Rome were against it. They argued that it was unclean, it was a “symbol of the faith of the infidel Muslims ” and, therefore, it should be banned.

The issue was settled by Pope Clement VIII, who blessed the drink, and declared it an authorized beverage within the Christian religion. From this point on, their consumption began to expand in the West, especially in southern and western Europe.

Not so in northern and central Europe, where its consumption was not so widely accepted and it was not considered as adequate until the late nineteenth century.

The first coffee shops in London

It was England that hosted the best coffee consumption in the west. In 1652 the first coffee house was opened in London. From here and throughout the second half of the seventeenth century, coffee establishments grow throughout England, especially in London and Oxford. Its use began to be customary and necessary for an enlightened and liberal public.

This great expansion facilitated the gathering and dissemination of ideas among its consumers. The liberal nature of people who generally consumed it came to be dangerous to the interests of the Crown. For this reason in 1676 its use was prohibited in England. The ban caused quite a stir, so that its consumption was again allowed.

Coffee cultivation on the colonies

The success of coffee in the southern and southwestern Europe was such that these nations began their cultivation in their respective colonies. The British tried to cultivate in their colony of Ceylon where tea was already grown. They failed in their attempt because the plants were unable to overcome pests, so they abandoned the cultivation of coffee and tea was replanted.

More fortunate were the Dutchmen who managed to successfully implement its cultivation in Indonesia, especially on the island of Java. The Portuguese and Spanish were responsible for implementation on their American colonies.

The production and consumption of coffee in America

The introduction of coffee in America is mostly attributed to Gabriel Mathieu de Cliev, a French naval officer, who in 1720 brought the plant to Martinique. It is said that this officer took a cutting from the Jardin des Plantes of Paris, where this famous institution had some coffee plants that had obtained from Holland in 1710. It is said that he hid it in his boat, even watering it with their own portion of water so it could survive the journey. The plant adapted so well on the island, that, after 50 years, Martinique disposed of 19 million copies.

Despite this legend, the introduction of coffee in America, should probably be attributed to Christopher Columbus, who had to carry coffee beans in one of his voyages to the New World. The truth is that in the sixteenth century there were already major plantations in Puerto Rico, Cuba and Santo Domingo.

In the late eighteenth century its cultivation began in Colombia that over the nineteenth and twentieth centuries became the Caribbean’s largest producer and third world largest one. The area called “coffee belt” is world famous nowadays, being a place where the unique climatic conditions allow ideal cultivation. The care and thoroughness with which coffee is grown and harvested in this area has created a brand image globally recognized and represented by the mark “Juan Valdez”.

In the seventeenth century the French imposed its cultivation on the Caribbean island of Martinique. The Portuguese did the same in Brazil that became the country that maintained a monopoly over much of the nineteenth and twentieth century and currently holds more than 1 / 3 of world production.

Coffee consumption in the United States initially did not achieve the success it had achieved in other parts of the world and its inhabitants preferred to consume alcoholic beverages or tea. Consumption starts to spread from the War of Independence (1775 -1783) when the breaking of relations with Britain hampered the tea trade. It is definitely during the War of 1812 that the American people maintained against the United Kingdom and its colonies in Canada, between 1812 to 1815, when, given the difficulty of consuming tea, coffee consumption imposed.

Coffee consumption reached its peak in Europe during the nineteenth century, up to the point of making it a scarce and expensive beverage. This made less wealthy families use other coffee substitutes, such as dandelion, chicory or barley.