What is the difference between sunflower oil and olive oil?

The main differences are the following:

What are the advantages of olive oil because of having more oleic acid than sunflower oil? 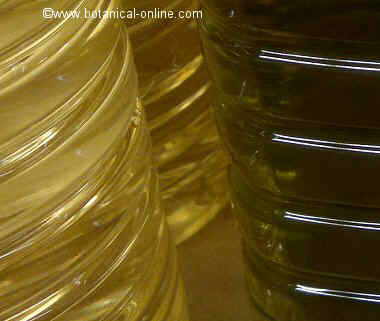 Table of main fatty acids in olive oil per 100 g

Which is better, sunflower oil or olive oil?

Olive oil, especially extra virgin olive oil is considered the best vegetable oil, specially to fry or cook. This does not mean we should rule out other types of oils.

Sunflower oil, unlike olive oil, is considered to have a neutral taste. This may be good for some and bad for others.

What it is certain is that sunflower oil has a milder and less pronounced flavor, which does not alter the taste of foods to which it is added.

If you are among the people who dislike the intense flavor of olive oil, instead of removing the oil consumption of your food, you can use sunflower oil or other oil with a bland flavor, but it also will provide you with nutritional benefits. You must remember that with only a spoonful of this oil, it will bring you almost daily recommended amount of vitamin E.

What is the best vegetable oil for frying?