Home › Food › Pumpkin classes
This article was endorsed by Elisenda Carballido - Dietitian nutritionist. Postgraduate in Phytotherapy and master in Nutrition and Metabolism.

We can describe the following types of pumpkins:

– Summer squash: Summer squash include the thin-skinned pumpkins that are harvested during summer, ornamental squash and pumpkins. They are fast-growing

species that tend to produce fruit after a few months after planting. Ideal to eat after the harvest since they do not endure long storage.

All of them belong to the species Cucurbita pepo ssp. pepo. They tend to be smaller than those of winter, with clearer and softer pulp. they are usually eaten before they ripen completely, while the seeds are not yet hard. Among them we can point out the following: 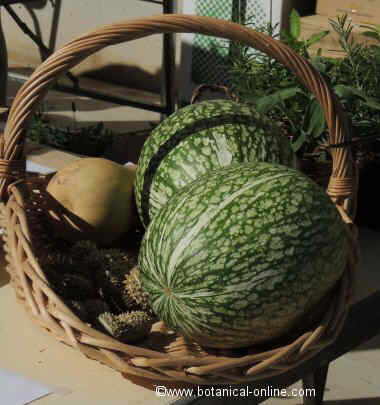 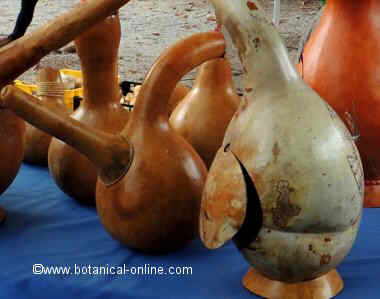 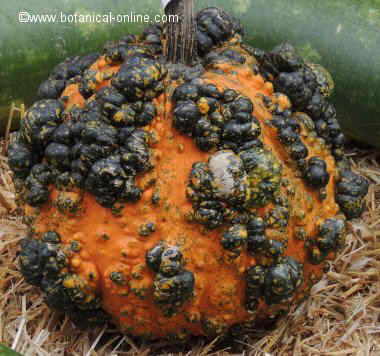 Warty pumpkin with a decorative value

As all these varieties belong to the same species, they can be crossed and produce many hybrids that have different shapes and colors.

– Winter pumpkins or hard skinned pumpkins. Within this group we will have most of ornamental pumpkins and some other varieties with harder, tougher skin than summer varieties. They also present more warts and less symmetrical shape.

Their production is centered from the beginning of autumn to the end of summer. Most of these varieties are used for pie elaboration or to cook in the oven. Among the main winter pumpkins, we have::

Within Cucurbita and belonging to the species Lagenaria siceraria,we have bottle gourds. These gourds are monoecious species from Tropical Africa and India. The bottle gourd is characterized by white flowers, instead of the typical yellow flowers of cucurbits.

It has been used traditionally in Mexico and Arizona as a container for cooking and as a container of water. This type of container is still used today by some Indians to save the water as it weighs less than the pottery and helps keep the water cooler.

Its size can vary from a few inches to several feet. Many artists of the new world have used and continue using the bark of these pumpkins for pictures and to print their designs.

More information on the pumpkin.