How to take lipoic acid

Is it good for the kidneys to take lipoic acid ?

What is lipoic acid and what is it for?

Lipoic acid is a nutrient with antioxidant properties produced by the body itself that is also found in some foods. Scientific studies have shown that supplementation with this component can be very beneficial in case of diabetic neuropathy, diabetic foot, intermittent claudication and others being studied on the hypothesis that it could be beneficial during the treatment of degenerative diseases such as cancer, kidney failure , cataracts or chronic fatigue syndrome. 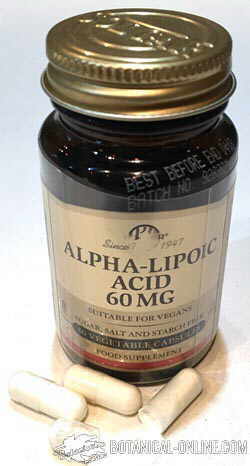 Alpha lipoic acid supplement.. There are doses of 600mg.

Lipoic acid is not a supplement that should be recommended to everyone, but its benefits are very specific. It is effective in repairing nerve damage and may be useful in case of diabetes, high blood sugar, diabetic neuropathy or diabetic foot.

Is lipoic acid suitable for the kidneys?

The kidneys are the richest part of lipoic acid in the body, more than the liver. In addition, this component is eliminated in the urine. All this may lead one to think that the component lipoic acid, in excess (dose of supplementation), could have some impact on the kidneys.

In a scientific study “Pharmacokinetics of Alpha-Lipoic Acid in Subjects With Severe Kidney Damage and End-Stage Renal Disease”, published in 2005, doses of 600 mg of lipoic acid (ALA) were administered in a group of patients with kidney disease and healthy patients, and it was found that the elimination of that component and its metabolites was not different between them.

Indeed, lipoic acid is eliminated by the kidneys, although, in healthy people, this component does not present any risk of damage to the kidneys, provided it is taken properly.

The answer to this query, received by our readers, is that no one can advise you in these cases, except the doctor himself. The treatment of kidney disease should be individual and personalized, therefore patients concerned should consult with their specialist, who will advise them according to the stage of their disease.