What is a coca tree

Common nanme in other languages:

– Etimology of cocoa: The botanical name of cacao tree is Theobroma cacao, that means Food of the Gods. Its scientific name comes from the Greek “Theos” which means “God” and “broma” which means “food.” This name was coined thus by the botanist Lineo in reference to the importance that this plant had for the native Americans.

– Distribution and habitat of cocoa: Cocoa tree grows wild in the forests of Central America in the area between 26 degrees north and 26 degrees south of the equator.

Where does the cacao tree grow? 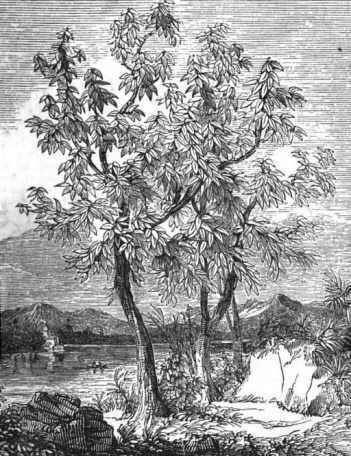 Cocoa or cacao is a tropical tree of the Malvaceae family to which other trees belong, such as the Kurrajong (Brachychyton populneus) or the cola tree (Cola acuminata).

There are approximately 20 species of the genus Theobroma, among them the most important because of its commercial value is cocoa (Theobroma cacao) because from their seeds are obtained products as appreciated as cocoa powder or cocoa butter, from which chocolate is made.

It is also found as a cultivated tree in the tropics of West Africa and Asia.

Description of the cocoa tree

In the wild the cacao tree reaches a maximum height of about 9 meters, although the trees cultivated are smaller to facilitate its collection and cultivation and usually do not exceed 2 or 3 meters in height.

It has erect and smooth trunk with pale brownish color, almost white.

Oval leaves with well marked apex of up to 25 cm in length of a reddish color when they are young and bright green when they are adult.

Cocoa tree flowers are small with creamy yellow petals and pink sepals. They grow on the trunks or the thicker branches.

From flower fruits are produced. They are elongated berries having ribs; up to 30 cm long. They turn bright reddish brown, dark brown or black coffee when they mature.

Inside the fruits, wrapped in a milky pulp, there are some 20 or 40 seeds from which the cocoa powder is made. 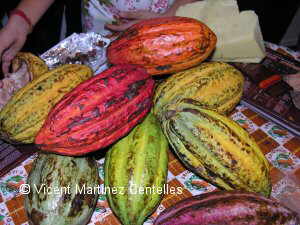 There are three classic varieties of the cocoa plant.

– Creole cocoa : It is the primitive variety, the one that grew in Central America when the Spanish settlers arrived.

It is considered a variety of “fine or aromatic” cocoa so it is very appreciated for obtaining cocoa powder with which will produce chocolates of much sweeter quality and with less bitterness than in the rest of varieties.

The fruit has a very soft bark and the rounded and white or violet seeds have a lower tannin content.

It is grown mainly in Central America, Mexico, the Caribbean, Indonesia, Indonesia, New Guinea, Java, Sri Lanka. At the moment it occupies only 10% of the world production although its cultivation is being extended and it is being tried to introduce it in the African countries like the Cameroon.

– Outsider cocoa (“Forastero” type) : It is the most abundant variety since it represents 90% of the world production. It is known as “ordinary cocoa” It is grown mainly in West Africa and Brazil. It is not used alone, since it has little flavor and aroma so it is combined with the previous one.

– Trinitarian: It comes from a variety obtained in the island of Trinidad by crossing the two previous species. It is more aromatic than the outsider and more resistant than the Creole. 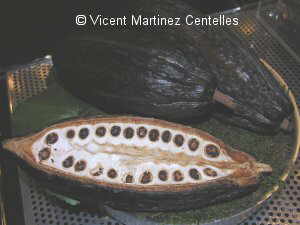 Photo of seeds and cocoa pulp

It is characterized by its resistance to diseases and by the high productivity of the trees obtained that exceed in 4 times the yield of the classic varieties.

The fruits contain a very high proportion of fat and very little peel. From it, you get very fine chocolates. Indonesia is one of the countries where this variety is most cultivated. 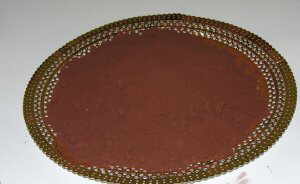 – Cocoa powder: In addition to the production of chocolate, cocoa powder is used to flavor cookies, cakes, drinks or iced tarts.

– Cocoa butter: cocoa butter is used by the pharmaceutical industry for the production of medicines; By the cosmetics industry, for the manufacture of beauty products, skin cleansers, face masks, etc. As well as soaps.

From a medicinal point of view, it can be used to heal wounds, burns, rheumatism, cough, etc.

– Cocoa pulp: From the cocoa pulp drinks can be made, some with alcohol. 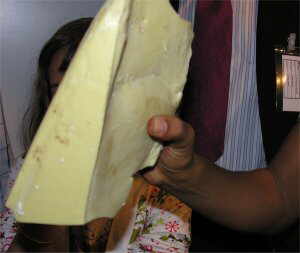 The production of cocoa in the world

According to FAO, in 2004, 3.3 million tons were produced worldwide. The main producing countries of the world are: Ivory Coast, Ghana, Indonesia, Nigeria, Brazil, Cameroon, Ecuador and Colombia.

The largest consumers of chocolate in the world are the United States, Germany, United Kingdom and France.

Quality standards of cocoa for export

In order to be exported, cocoa needs to comply with the so-called International Cocoa Standards, which refer to the following aspects:

– To be fermented. Cocoa when it is fermented produces substances such as vanillic acid, which are responsible for its nuances of aromas.

– to be completely dried

– Lack of evidence of adulteration

– To be reasonably free from live insects, broken grains, fragments and parts of shell

– To be reasonably uniform in size

History of cocoa, Legend of cocoa and Hernán Cortés

Did the Food of the Gods allow the invasion of America?

The Myth of the Quetzalcoatl God: There is an Aztec legend that tells us that the God Quetzalcoatl, a feathered serpent-like divinity, granted the last King of Mexico Moctezuma the tree of cacao so that they could enjoy its properties.

The other gods were angry with Quetzalcoatl because they were no longer the sole owners of this elixir of wisdom, so they banished him from the “Olympus of the gods”, promising that he would be admitted after a few years and that he would come from where the sun came, That is, the sea.

Surely the Aztecs were well aware of this legend because in 1520, when Hernan Cortes disembarked, he was received with all the honors of a God, thinking that the man who came from the sea and wore so different from them was God himself Quetzalcoatl. It is said that it is for this reason that the natives offered no resistance to the enemy, quite the contrary, as Cortes says in his diary, they entertained him with great detail.

Among the products offered him, there was what the natives called txocolatl, “a disgusting concoction,” according to Cortes, and which was actually liquid chocolate made with the seeds of cacao, rainwater that had not touched the soil and flour of corn.

Probably, years later, the botanist Linnaeus, knowing this legend and aware of the importance that the cacao tree had for the Aztecs, scientifically named the tree as Theobroma or “food of the gods.”

Importance of cocoa for the Aztecs

This drink, rich in stimulating principles, gave them energy to overcome everyday work, kept them mentally more active, eliminated bodily pains, kept their skin thinner and free from impurities and even helped them to maintain a more frequent and satisfactory sexual relationship.

On the other hand, besides all the symbolic-religious and medicinal properties, the seeds of the cacao tree were used as currency of exchange, with which the economic transactions were paid.

The Spanish colonizers were not very enthusiastic about the “drink of the gods”, which they found too bitter and pasty. It seems that one day, perhaps by chance, some Spanish monks from the mission of Oaxaca, discovered that the flavor of this brew changed a lot when mixed with cane sugar.

In the sixteenth century, the discovery was made known in the Spanish court of Charles V and the nobility was enthusiastic about the properties and flavor of the new food. From then on, the “food of the gods” ceased to be a privilege of Mesoamerican culture and began its journey and expansion throughout the world.

More information on cocoa and chocolate in the listing above

How is chocolate made?

Toxicity and effects of cocoa