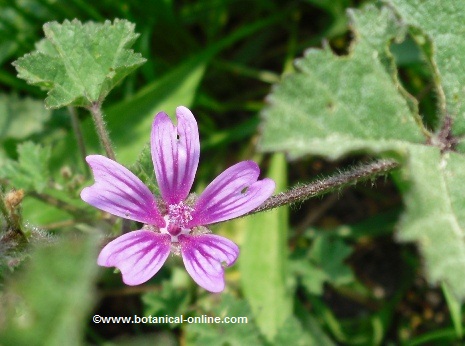 Leaves and flowers of common mallow

No, common mallow (Malva sylvestris) is not a toxic plant.

Mallow is used in herbal medicine for its richness in mucilage, a soluble fiber with demulcent effect, which is not toxic, although it can have side effects.

What are common mallow components? 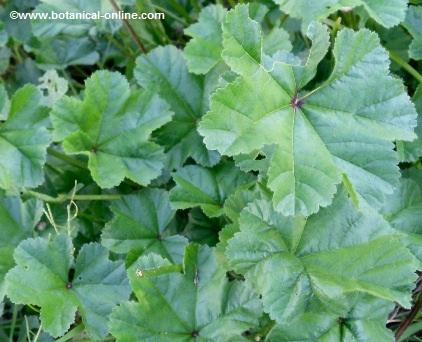 No toxic effects have been described in humans regarding to mallow.

The leaves and flowers are harmless.

Is mallow a good edible plant?

Special mention should be cautions about eating mallow as food, because it can be found wild in the field:

It is an edible plant, used in soups, salads or casseroles.

When wild edible plants are collected, caution should be taken to conveniently wash the leaves, and realize they have not been contaminated by grazing animals or pets, or pesticides that could pollute nearby crops. Some of these contaminants may cause infectious diseases (animal -borne bacteria) or chemical poisoning.

Malvic acid and sterculic acid can cause discoloration of egg yolk (pink color) in hens that eat the seeds.

More information on mallow in the listing above