Alcohol as a drug

How to overcome alcoholism

What is a binge?

Acute alcohol consumption produces a state in the body which is commonly defined as a “binge” or drunkenness. The major body organs are involved in this, including the brain, that is intoxicated by alcohol. Hence, the drunken person shows mental dullness and lack of ability to stand.

The stomach is attacked and tends to throw out what has been ingested; vomiting is one of the main signs of drunkenness. There is a decrease in heart rate and a cooling of the inner temperature, while the outside temperature rises. 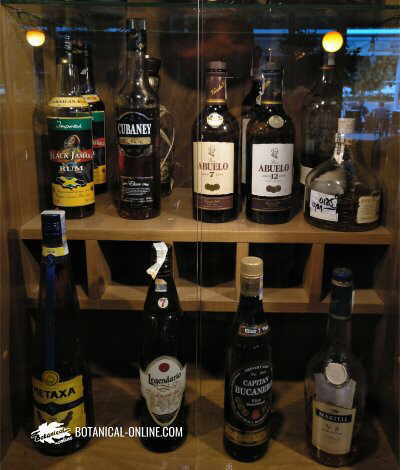 Exhibition of alcoholic beverages in a restaurant

The alcoholic feels the need to drink because he or she has developed the phenomenon of addiction to alcohol.

When does a person become alcoholic?

Alcoholism is produced as the result of drinking too much during a period of time, whose duration will depend on the nature of the individual. The process of creating dependency, regardless of its duration, is the same:

What does happen when an alcoholic person does not drink?

When they can not drink, they experience withdrawal symptoms. In this process, their body suffers from a number of adverse physical conditions:

Alcoholic people can not abandon the drug at once; they need a medical and psychological treatment. Otherwise they may experience a medical condition known as “Delirium tremens”, which is the most serious drug withdrawal. In this process, which usually lasts three to six days, the patient experiences great physical hallucinations and seizures which can leave him or her with virtually no forces or even lead to death.

Any chronic alcoholic patients presenting this symptom must be hospitalized. Oddly alcohol, being a legal drug, shows the most dangerous withdrawal symptoms, superior to other outlawed drugs like heroin.

Whom does alcoholism affect to?

Alcoholism affects male population more than female. There are five men for every woman who expresses this addiction.

It is a type of addiction that is increasingly on the rise throughout the world and it has a very significant progression among young people.