Home › Botany › Saguaro, the biggest cactus in the world

Where is the biggest cactus in the world?

Which is the biggest cactus?

Read the following information and, taking into account the clues provided, we are quite sure you will be able to choose the right option of those listed at the end of the page. Read carefully and good luck!

It is a plant that lives in Mexico and in the South of the United States, especially in the desert of Sonora. It possesses very high stems that can sometimes reach 20 m, but roots can even attain 30. 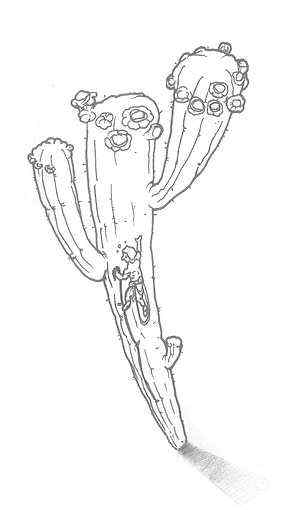 It has a great capacity to store water during the storms, so its stems are round which is the appropriate shape for this purpose.

Stems also posses numerous pleats such as it were a bellows and consequently, when the plant absorbs water, they become opened as those of an accordion,so its stems become thicker and rounder. It is said that a plant of about 1000 kg is able to weigh 10.000 after raining. In this case it has been able to absorb 9000 litres of water. 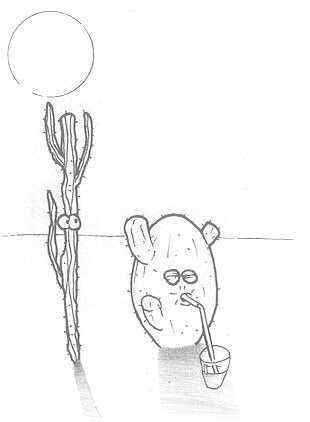 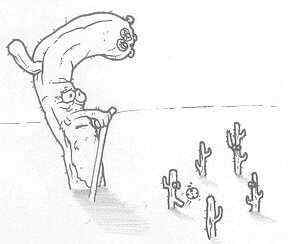 It constitutes a feeding source in the dry lands where it inhabits. The fruits are eatable, as much for people as for the animals; their seeds are food for the mice and for the birds. Its very high stems constitute authentic viewpoints for many birds.

Woodpeckers dig their nests in the ” meat ” and the plant, to protect itself, wraps the wound up with a bark case that avoids fungi to penetrate in their interior, which will rot it. 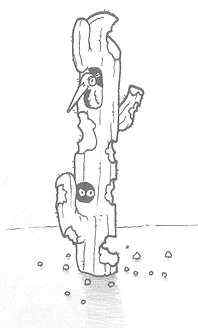 It has a very characteristic form: from their main stem, laterally ones are born. These immediately bend up upwards, giving the plant the look of an enormous candlestick, Its silhouette has become very famous because is has frequently appeared in western movies. 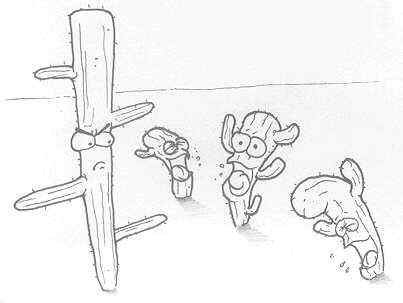 Do you already know which cactus we are talking about?

From the following answers, choose the correct one:

The importance of plants