HOW TO GROW JERUSALEM ARTICHOKE

Description of the plant 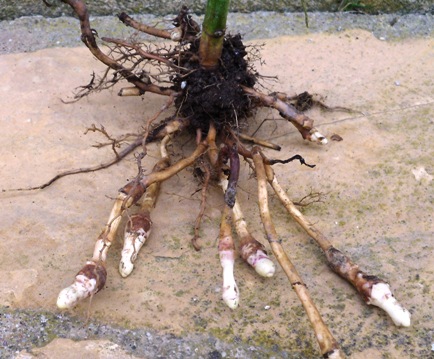 – Jerusalem artichoke (Helianthus tuberosus) is a plant of the Compositae family, related to sunflower, grown for obtaining its tubers, which are edible. 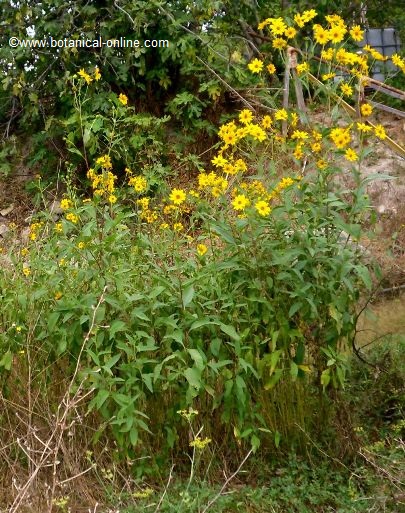 A general view of the plant

– Plant from tropical and subtropical climates, native to eastern North America, and introduced in Europe in the seventeenth century. Nowadays naturalized in this continent.

– It can grow in the same places where you can plant potato and corn.

– It tolerates frost, although it does not flourish in very cold climates.

Habitat in the Netherlands: In moist, nutrient-rich, sandy or loamy soils, especially along rivers, riverbanks and roadsides. 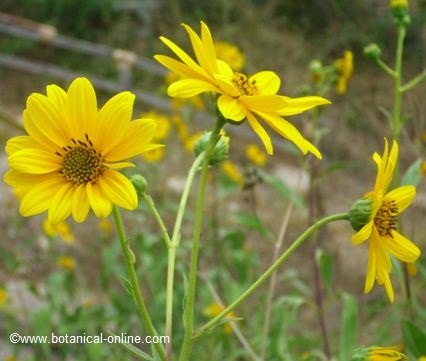 How to propagate tubers?

– Jerusalem artichoke reproduces itself vegetatively by transplanting their tubers. This feature makes it an invasive plant, since it is difficult to eradicate all tubers.

– Plant the tubers in spring, as soon as the soil can be worked. Late planting reduces production.

– Whole tubers are planted or pieces of approximately 50g. as if they were potatoes.

– Cover the remaining tubers to a depth of 10cm.

– The tubers sprout after about 10 to 17 days after planting, when the soil temperature is at least 6 ° C.

How to harvest Jerusalem artichoke

Diseases and plagues of Jerusalem artichoke

The incidence of plagues and diseases is rare in this type of product. We can point out:

More information on Jerusalem artichoke in the listing above

How to eat Jerusalem artichoke