Is agave syrup good for diabetics?

IS AGAVE SYRUP RECOMMENDED FOR DIABETES?

Why agave syrup is recommended for diabetes?

Agave syrup is a liquid sweetener, very similir to honey, although less viscous and sweeter.

It has a high fructose content, a type of sugar better tolerated by diabetics than glucose or sucrose.

Is it good or bad agave syrup for diabetics?

Fructose has been long considered beneficial in the diet for diabetes and conditions of insulin resistance, including obesity and menopause.

This is because fructose does not raise both the level of blood sugar and insulin levels as much as sugar or other simple carbohydrates does.

Agave syrup,because of its high fructose content, is a better alternative than sugar, brown sugar, honey, apple juice concentrate, syrups, and ultimately, better than other sweeteners with simple carbohydrates. 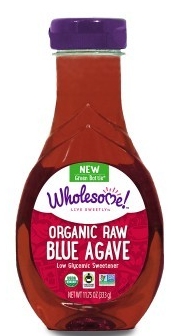 However, it has been shown that consumption of fructose in excess can lead to problems such as caries, increased blood triglycerides, bad cholesterol (LDL) and increasing uric acid.

Therefore, it is recommended that people with diabetes take agave syrup with the same caution than sugar or honey. Agave syrup is more advisable than the previous option, but keep in mind that this sweetener also has glycemic load.