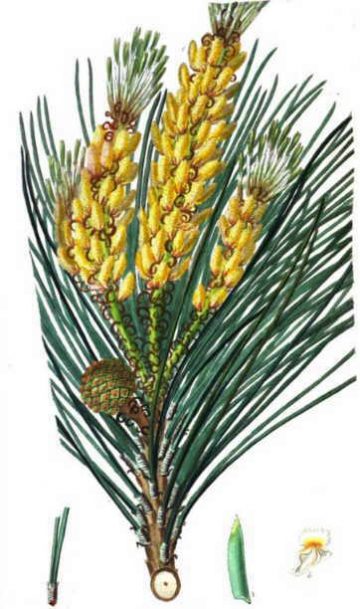 Habitat. Where to find stone pines?

Native from the eastern Mediterranean and, according to many researchers, from the island of Crete. It appears referenced from very old times in Spain, Portugal and North Africa.

Evergreen tree of the Pinaceae family up to 25, although rarely exceeds 20.

Erect trunk, robust, with a large part of it devoid of branches, reddish brown bark, fissured and deeply divided into blocks that break off offering an orange-red bark. It differs from most pines because of its crown appearance. With a wide and flat shape that resembles the shape of a parasol hence, in French, it is known as “Pin Parasol” or “Parasol pine”

Needle-shaped leaves. Adult ones gathered in pairs, up to 20 cm long, dull green, bent and somewhat sharp. Young leaves are single, only reach about 4 cm in length and have a more bluish color.

Female cones up to 15 cm long, globose, yellowish-green in youth and bright reddish-brown at maturity that they reach after 3 years.

Edible seeds (pine nuts) about 2 cm long, with wings less than 1 mm, since they are dispersed by animals or by man and not by wind. It blooms from March to May.

Where to find stone pines?

In times past, when the weather was not so dry, large areas populated part of what is now the Sahara desert. Today it has expanded throughout the Mediterranean, either naturally or by replanting, especially located along the coast in sandy soils.

It is believed that there are about 400,000 hectares worldwide of pine. Of these, 150,000 are distributed only in the province of Huelva (Spain), most of them in the Marismillas or in the Coto Donana. Most of these populations respond to artificial reforestation carried out during the eighteenth and nineteenth centuries.

Stone pine prefers siliceous soils, but it can live in other soil types. It is very undemanding with water and stands up heat, wind and even cold very well. It can live from sea level to 1000 meters.

It has been planted as an ornamental in other places in the world such as California, South Africa and Australia. In all these sites it has adapted very well, especially in South Africa where it is considered an invasive species. It has also been introduced in western Europe, reaching to northern Scotland and the east coast of the United States, where it can survive, albeit with difficulty, to almost 50 ° north latitude.

Like Aleppo pine (Pinus halepensis) is a resin-producing species, which facilitates numerous forest fires that appear very often where it grows. Fire facilitates the expulsion of the seeds.

Stone pine needs a sunny exposure and a light soil, well drained, of sandy or clay-sandy nature. It does not support the shadow nor bogged down or peaty soils.

Pine nuts are very rich in oils and, therefore, they offer a large calorific value. They can be eaten raw or cooked, being excellent to combine with ice cream, pastries, salads, etc.

Its properties are similar to these of Scots pine. The main ones are the following:

Other species of pines with similar medicinal properties to stone pine

In addition to Scots pine, there are other pine species with similar properties. Among all. we will mention the following: