WHAT ARE THE MAIN ALLERGENIC PLANTS?

What are allergenic plants?

Allergenic plants are those that most commonly produce allergies.

Divided by seasons, these are the main plants that produce allergies in Europe:

Plants that produce allergy in winter

During this period some trees or bushes such as, poplars (Populus sp) from March to April. Junipers (Juniperus sp.) in March and hazels (Corylus sp.) from January to April. We have herbs. 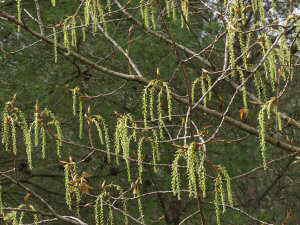 Poplars are responsible for many cases of allergy in cold season

Plants that produce allergy in spring

Spring is the time when there are more allergies because most plants flower during this season. Within this period we must consider the flowering of birches (Betula sp), ashes (Fraxinus sp.) and walnuts (Juglans sp) from April to May . Oaks (Quercus sp), from april to June. Fruitles mulberry (Morus alba) in May

Plants that produce allergy in summer

During this time many herbs and cereals bloom. At present it can produce a very common disease known as hay fever. Among the most common ones, we have, for example, fountain grass (Pennisetum setaceum) in September. Some trees, such as the olive tree (Olea europaea) from July to August. The London Plane seeds are sorrounded by hairs that, inhaled, may exarcerbate symptoms of asmathic people. Ragweeds (Ambrosia sp.) are the main responsible for hay fever. They produce a huge amount of pollen dispersed by wind in summer.

Plants that produce allergy most of the year

Some of them may have a prolongued action, such as such as Johnson grass (Sorghum halapense) from March to July. Bermuda grass (Cynodon dactylon) from June to November. Privets (Ligustrum lucidum) prolong their bloom From august to January. Cypress (Cupressus sp.) from January to June. Pellitories (Parietaria sp) bloom begins in June and may last till October. 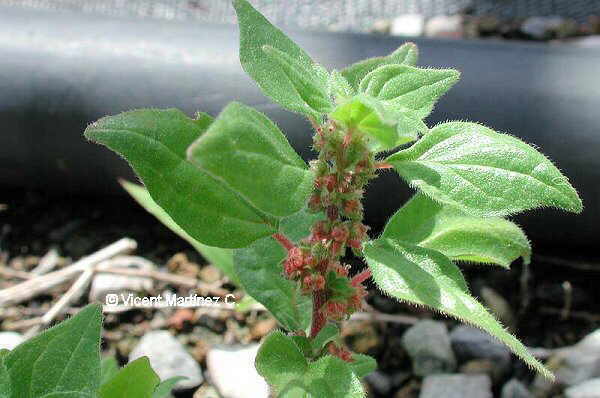 Pellitory is one of the most allergenic plants

Plants that produce allergy all the year round

Some plants can produce adverse reactions when in contact with our skin, no matter what season is. For example, poison ivy (Toxicodendron radicans) poison oak (Toxicodendron pubescens) or poison sumac (Toxicodendron vernix) contain an oily organic allergen called urushiol that causes contact dermatitis.

Since bloom depends on season. Blooming time is different from one place to another and specially between the North and South hemisphere. The following table shows the differences between a tipical temperate region of north and south hemispheres.

ADVICE TO AVOID ALLERGY TO POLLEN

In order to avoid the attacks of allergy to pollen, the affected person would have to consider the following recommendations:

How to prevent allergies