How to cure dizziness with natural products

Phytotherapy for dizziness focuses on the use of a number of plants with the following objectives:

– Circulatory plants, able to improve blood flow to the ear and the brain.

– Digestive plants, to get rid of dizziness caused by disorders in the stomach.

– Sedative plants, to treat dizziness which responds to nervous problems.

Among the main plants used to cure dizziness, we can point out the following:

– Ginkgo (Ginkgo biloba) Poor circulation in the brain is the cause of many serious and crippling diseases. One of the most dangerous are strokes that can cause death or paralysis of a body part. Ginkgo extract improve circulation to the capillaries of the brain, increase resistance and helps to prevent breakage.

The daily administration of 60 to 240 mg of this product does not only guard us against strokes but also prevents a range of symptoms associated with poor circulation in his head: dizziness, vertigo, tinnitus, poor speech, memory problems, lack of concentration, migraine, hearing loss, and so on.

– Ginger (Zingiber officinale) Although it has been used primarily as a remedy for motion sickness, ginger can also be useful in the treatment of dizziness, especially for its ability to remove the feeling of nausea and prevent vomiting (Infusion of a teaspoon of dried plant per cup of water. Take one cup a day. You can eat fresh if it is cut into very fine pieces) 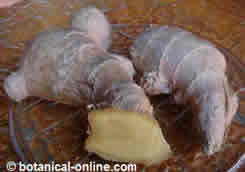 – Chamomile (Matricaria chamomilla) It prevents dizziness caused by disorders of the stomach. (Infusion of a spoonful of dried flowers per cup of water. Drink 2 cups per day)

– Rosemary (Rosmarinus officinalis) Like chamomile, it is used to remedy digestive nature dizziness (Infusion of a spoonful of dried flowers per cup of water. Take two cups per day)

– Lavender (Lavandula officinalis, Lavandula latifolia) It is appropriate for the treatment of vertigo that has a nervous origin. (10-minute infusion of a spoonful of dried flowers per cup of water. Take a couple of cups a day)

– Passion flower (Passiflora caeurulea) It prevents dizziness caused by alterations of nerves (Infusion of a couple of teaspoonfuls of the dried plant in half a liter of water. Drink a couple of small cups a day) 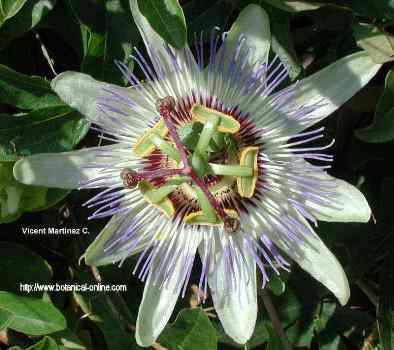 – Red Vine (Vitis vinifera) Its use helps improve circulation in the brain because it decreases the symptoms caused by abnormalities resulting from a poor cerebral circulation, such as memory loss, dizziness, vertigo, headaches, etc. (Decoction of one teaspoonful of dried leaves per cup of water for 10 minutes. Let rest 10 minutes and take each quarter hour 1 tablespoon)

– Clove (Syzygium aromaticum) Because of its properties to stop to much acid production and to expel flatulence. (A couple of drops of oil of cloves dissolved in a glass of water, sweetened with honey half. Take a couple of cups a day)

– Basil (Ocimum basilicum) With gastric and sedative properties, it is particularly interesting to treat vomiting and dizziness which occur as side effects of menopause (Infusion of a handful of leaves – about 15 g. – per liter of water. Take 3 cups daily after meals)

More information about dizziness and its natural treatment.