Phytotherapy in the treatment of endometriosis is mainly based on the use of a series of plants which functions will be the following:

Of all the useful plants would mention the following:

It also reduces the depressive symptoms that may accompany this syndrome (Take evening primrose oil capsules before menstruation according to the patient’s leaflet) (Avoid unreliable brands, due to adulteration of the oils they usually suffer)

The use of these seeds could be interesting for the treatment of other gynecological disorders such as endometriosis. 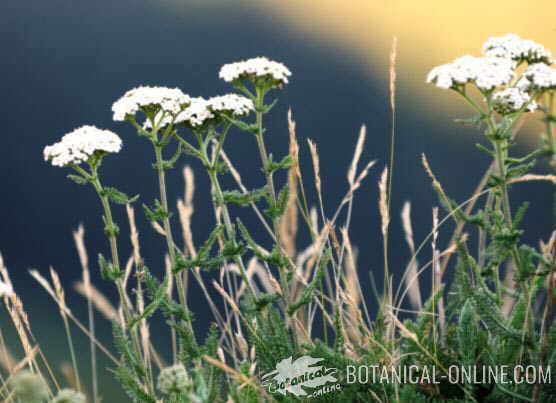 Yarrow exerts sedative and antispasmodic properties, besides it can regulate hormones. Infusions of this plant can be very useful for endometriosis

(Infusion of a teaspoon of dried leaves per cup of water. A couple of cups a day.)

(Mix 100 grams of dried leaves of red grape with 50 grams of marjoram (Origanum majorana). Grind to a powder. Make an infusion for 10 minutes with a tablespoon of this mixture per cup of water. Drink two cups a day)

More information on endometriosis and its natural treatment the listing above.