Home › Diet › Plant-based diet for endometriosis
This article was endorsed by Elisenda Carballido - Dietitian nutritionist. Postgraduate in Phytotherapy and master in Nutrition and Metabolism.

What to eat for endometriosis?

The diet in cases of endometriosis will help to control the pain and other characteristic symptoms of the disease.

This type of food are able to reduce the excess of estrogens in premenstrual symptoms by avoiding or helping to balance the lack of estrogen during menopause.

Foods rich in phytoestrogens for endometriosis

Plants rich in these components help balance female hormones. Among the richest plants the following ones deserve a special attention: 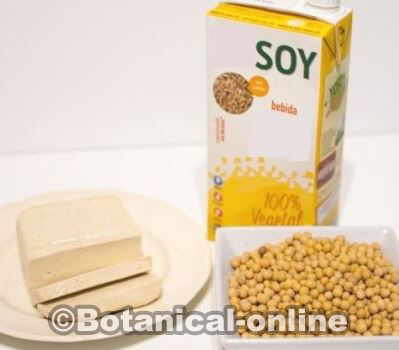 Because of its content in isoflavones, soy is specially recommended to treat uterus inflammation

This involves both a reduction of “bad cholesterol” in the blood (LDL) and an increase of the “good cholesterol“(HDL) that benefits the sanguineous circulation and prevents heart problems. It also decreases the risk of breast cancer in women with excess of estrogen.

On the other hand, it prevents the occurrence of many symptoms of menopause such as hot flashes, vaginal irritation, irregular periods, etc. or diseases which have much chance to develop after the loss of menstruation: the loss of bone mass or osteoporosis and heart disease.

It was found that Eastern women, who have on soy one of the main sources of food, show a much lower incidence in these diseases.

Studies conducted at the University of Illinois among postmenopausal women showed that those who were subjected to a soy diet not only managed to avoid the decrease in bone mass loss but they even increased it a 3%. The ones who did not ingest this legume lost a bit.

You can eat soy in many ways, both the vegetable legume and its derivatives, among which we can name tofu or soy dextrin, the latter is used as a meat substitute for its richness in protein and its similarity in texture.

The ingestion of food containing these acids helps prevent tumors in the breast and skin. The possibility of lignan phytoestrogens being effective in reducing breast cancer for their antioxidant, antiestrogenic and antitumor properties is being studied.

Since this type of yam plant has more amount of diosgenin, some scholars suggest that eating this tuber may increase the level of estrogen.

However, more studies suggest that the human organism does not possess the appropriate enzymes to convert diosgenin into hormone.

Therefore, either the ingestion of extracts of diosgenin or the ingestion of wild yam root would have no special effect on the menopause or other female problems. (We must distinguish this kind of yam with sweet yam or common yam (Dioscorea bulbifera)

Food rich in calcium for endometriosis

Calcium neutralizes the effects of the prostaglandins, responsible for the pains that occurs during menstruation in patients with endometriosis. Foods rich in calcium are:

Vitamin C has antioxidant properties that help prevent the degeneration of the body and keep skin and hair in good condition. It can aid healing of the cysts or the numerous scars that occur outside the uterus.