Home › Natural medicine › Does drinking a lot of water purify your body?

Drinking lots of liquid does not thin or detoxify

DRINKING A LOT OF LIQUIDS NEITHER PURIFIES NOR MAKES YOU SLIM

Why drinking lots of liquids? 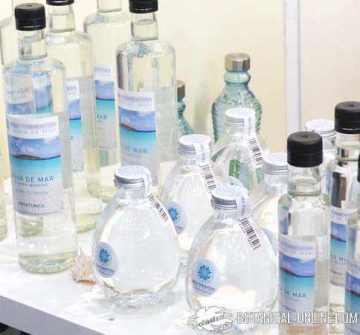 An advertisement on mineral water became very popular in which a glass of water with impurities appeared, where water was added, so that, in the end, the impurities ended up being eliminated.

The idea was that drinking had the same effect on the body and purified, so you had to buy that water from the advertisement.

However the human body does not work like that. Make us drink too much forces the kidneys to remove many fluids, and with them important electrolytes. The only thing that is obtained by drinking a lot is to demineralize the body and weaken the kidneys.

If this liquid is also in the form of maple syrup, juices or juices, you will probably be eating too much sugar that will have an effect on weight gain or uncontrolled diabetes if this is the case.

The kidneys purify perfectly without the need to drink excessive amounts of fluid, and carry it from the moment we are born. Moreover, in comparison, the body never generates as many impurities as those shown in advertising. There is no reason to drink heavily.

As the instinct dictates, it is not desirable, nor advisable, nor healthy to drink exaggerated amounts of liquids. However, many detox and slimming diets, such as maple syrup or others recommend these practices.

People who have done this type of fasting will sometimes remember that they lose fast volume (because they do not eat practically food) but they recover in the subsequent rebound effect, sometimes they recover more pounds from the lost.

In addition, in people with heart problems, making these types of diets and / or drinking too much liquids exacerbates hypertension, which would be dangerous.

Does drinking a lot purify?

Drinking liquids does not purify, but it necessarily increases the production of urine by losing many electrolytes, including potassium, but also sodium, chlorine and other minerals, vitamins and nutrients in the blood. This eventually leads to tiredness or discomfort and increased liquid retention.

How much is it recommended to drink?

The best drink is water, and you should drink it in normal amounts, approximately between 1 and 1.5 liters daily.

The recommendation depends on the time of year, the exercise, the needs of the person and the type of food, since through food we also moisturize, especially if the diet is already rich in fruits and vegetables, which contain mainly water.

* Related information: Is it good or bad drinking too much?