Characteristics and benefits of serotonin

Serotonin is a neurotransmitter, a substance that is responsible for transmitting nerve signals through neurons. It was first isolated in 1948 by Irvine Page, Maurice M. Rapport and Arda Green. It is scientifically known as 5-hydroxytryptamine, or 5-HT.

Serotonin name comes from the word “serum = plasma of blood” because when they discovered it, it was found to be a substance with a vasoconstrictor function, that’s to say it causes a narrowing of blood vessels.

Humans have between 5 and 10 mg of serotonin in their body, 90% of it is in the intestine, whereas most of the remaining 10% appears in the blood platelets and brain. It is a derivative of the amino acid tryptophan.

Serotonin is a substance unique to the human body. It appears in certain fungi, plants and animals. For example it has been discovered in the venom of scorpions and bees. 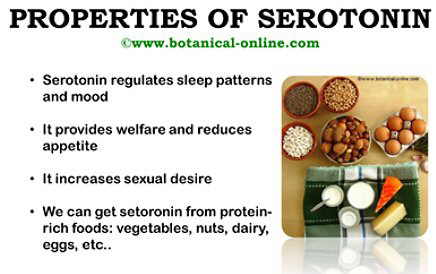 The main role of serotonin is to act as a neurotransmitter to intervene in many functions. Among them, we can mention the following:

Serotonin is involved in the production of melatonin a hormone that regulates sleep cycles. Melatonin is produced in the pineal gland and, among other things, makes us sleep. The levels of this hormone are higher in those hours when the human body feels the need for sleep, while they are lower during the day when we stay awake.

To get a peaceful sleep and control the timing of sleep, serotonin is also involved in the stress management and body temperature.

Human studies have shown that administration by injections of this hormone produced in the subjects the need for sleep.

Similarly it is believed that melatonin deficiency may be responsible for many sleep disorders, such as insomnia.

Serotonin to set the mood 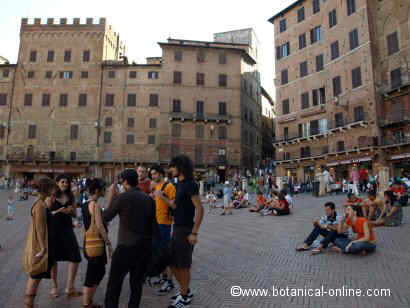 Good levels of serotonin are necessary for well-being

Serotonin has a critical role in our mood. It has been shown that the existence of low levels of serotonin are responsible for many anomalies of personality and, in particular for the appearance of numerous cases of depression and especially in relation to seasonal depression

Numerous studies have revealed low levels of serotonin in the brain tissues of people with depression. Depressive states can cause many negative symptoms such as anxiety, insecurity, fear, fatigue, personal contempt, suicidal thoughts, etc.

With regard to seasonal depression, during the fall and winter, as a result of reduced light, there is an increase of melatonin, which results in decreased levels of serotonin. This component is very important in the regulation of mood and sleep-wake cycles.

The increase of melatonin and decrease of serotonin appear to be responsible for the lack of interest, for the desire to be always sleeping or for the urge to eat all the time, some symptoms that generally occur when you are suffering from seasonal depression.

Antidepressants, especially selective serotonin reuptake inhibitors (SSRIs), such as Prozac, are used to prevent neurons too absorb too much serotonin so they get increasing levels of serotonin available in the body, especially in the brain. This will get improve mood and prevent depression.

In addition to depression, low serotonin levels seem to have an important role in the onset of other disorders such as OCD (obsessive compulsive disorder), schizophrenia, chronic fatigue syndrome, increased aggressiveness, violent behavior or out of control outbursts

Other problems could also be related to the same reason, such as increased pain in people with fibromyalgia, the craving for food and mood swings during premenstrual syndrome, thinking problems, trouble in concentrating or making decisions, loss of interest in activities that were considered pleasurable before, compulsion to drink, etc.

Serotonin is involved in the appetite control. Adequate levels of this neurotransmitter determine the feeling of satiety, while low levels of it increases the need to eat, especially carbohydrates.

Some abnormalities have been linked to serotonin levels with eating disorders, and especially with bulimia. Some cases of obesity seem to have enough relation with this component. To address the problem of obesity in people weighing more than 30% of their ideal weight, doctors have used drugs, such as dexfenfluramine, that inhibit the absorption of serotonin in the cell, so that obese people feel full and do not need to eat so much.

What can decrease serotonin? 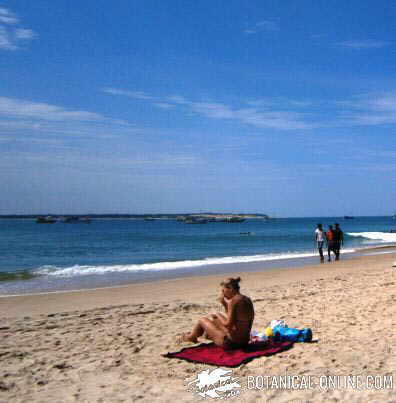 Too much heat decreases serotonin levels 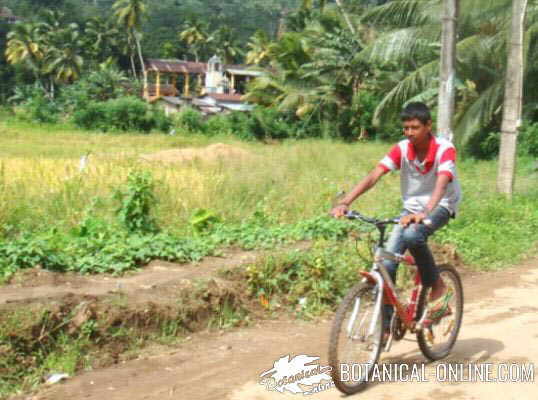 Among the main factors that increase serotonin level. we can point out the following: