Properties and uses of cannabis

Habitat: It is almost cultivated in every place of the world, but it comes from Central and Western Asia.

Active parts: The whole plant, specially the fruits, which are used to cure the urinary tract. Flowers have hypnotic properties. 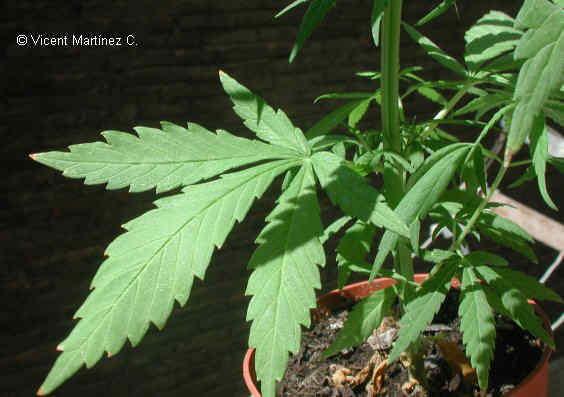 Differences between cannabis and hemp

Although these two plants can be equally named, they actually belong to two different varietes of the same plant:

– Cannabis (Cannabis sativa L. var. indica) is much richer in THC (From 2 % to more that 20 %), so it is specifically cultivated for the production of marijuana or hashish, that are aimed to be used as recreational purposes.

– Cannabis is a smaller although more dense plant.

– Hemp is richer in fiber, so it is aimed to an industrial use.

– Hemp is generally a much taller plant

– Hemp is poorer in THC (Less than 0,3%). Hemp content of active principle Δ9-tetrahydrocannabinol (THC) is to low to have any pyschoactive effect

Drawings of the two different varieties of hemp or cannabis

What is cannabis used for?

* In medicine, cannabin is extracted from the flowers. It is mainly used because of its hypnotic and sedative properties.

* As a recreational drug: In order to arouse possitive feelings because of its physchoactive effects

– Marijuana is extracted from the dry leaves.

– Hashish is obtained from the resin of leaves and female flowers

The main effects of cannabis are the following: