Species of the genus “Quercus“

Among the approximately 600 species of the genus Quercus, they could be described as follows: 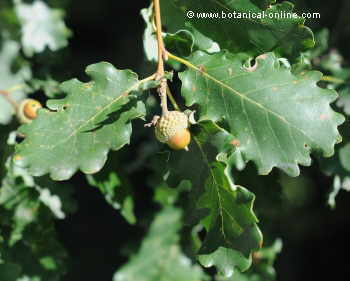 It is mainly characterized because the underside of the leaves is downy when young, ie has abundant hair,. Subsequently, usually leaving only those close to the nerves.

It has not too long fruits, with short stems, with half of the cup nut also pubescent. In the fall, the leaves turn ocher and remain on the tree throughout the winter (marcescent leaves) Its medicinal properties are similar to those of English oak.

medicine it is used as an astringent.