Habitat: Field, grasslands, roads and gradients with a benign climate

Active parts: The whole plant, but specially the flowers.

Coronilla varia is a herbaceous perennial rhizomatous plant of the Pea family – Papilionaceae – up to 100cm.

It has glabrous stems, alternate leaves, pinnate with ovate leaflets.

Crown vetch flowers are white or pale pink flowers. They appear grouped in umbels till 1,5 cm.

The fruit is a pod. 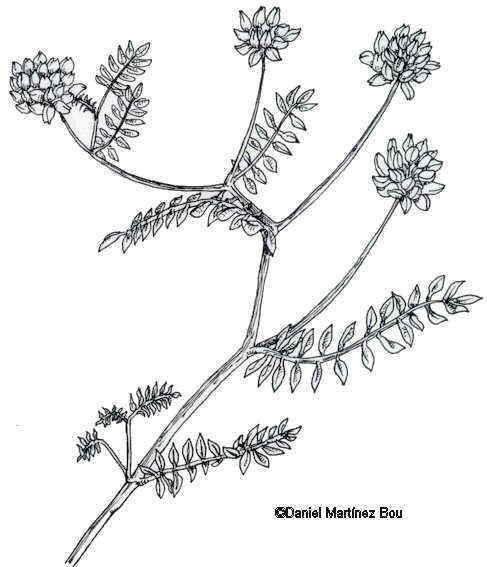 Coronilla varia has been used as a diuretic and cardio-tonic. It has been used to increase urine in case of retention because of prostatic disease.

Also as a substitute of digitalis, in case of cardiac weakness.

Being so a dangerous plant, it is not advised to use it in homemade products!!! 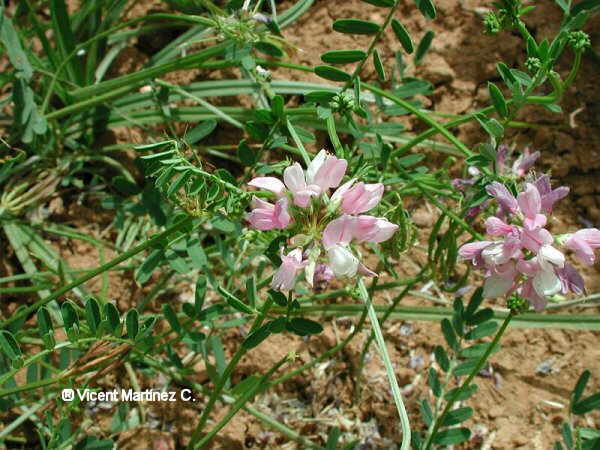 Coronilla varia shows an extreme toxicity if flowers or fruits are ingested.

Side effects of crown vetch

Poisoning with this plant leads to the following symptoms:

Is crown vetch poisonous to animals?

Coronilla varia has proved to be toxic to animals, except to ruminants to whom this plant is considered as a good forage. So this plant can be used to feed cows, goats, sheep, giraffes, deers and other ruminants but it can not be used for rabbits, horses or other non-ruminant animals.

The reason for being good to ruminants is because the poisonous components are neutralized in the fermentation process that takes places in a specialized ruminant stomach before they are digested.