WHEN IS IT NOT GOOD TO CONSUME FAVA BEANS?

What are the contraindications of fava beans? 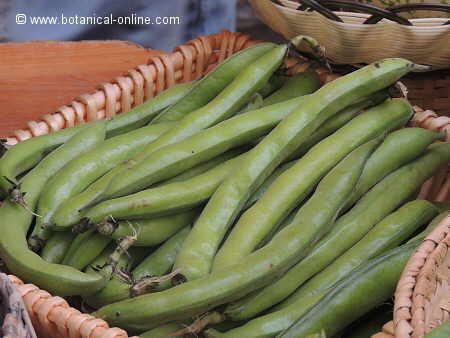 Fava beans or broad beans (Vicia faba) are edible vegetables consumed in the diet for millennia.

Because of some of the components of this legume, or as a result of certain food intolerances, fava beans are not suitable for some people:

People who have trouble digesting beans

Fava beans can be very indigestible when not cooked properly.

Dried fava beans should be soaked at least 48 hours to hydrate and to be well-cooked, otherwise they would be very difficult to digest. They should be boiled in salted water for about two hours.

In people who do not chew enough, we recommend adding mashed beans into a puree, so that they can taste good and offer better digestion. Another option is to germinate beans, then boil. Germination increase the vitamins of broad beans and decreases its anti-nutrients content.

What to do if the fava beans produce a lot of gas?

Like many legumes, fava beans are known to cause flatulence and many gases, because it is a food with a high fiber content. People with a tendency to have gas are recommended to consume a lesser amount, as in a soup with noodles or rice. People with favism must not eat beans.

It is also important NOT to accompany fava beans with too much protein and animal fat (like sausages), sauces high in fat or oil, too much salt, or hot spices, because these ingredients combined can produce slow digestion and stomach pain.

Contraindications of fava beans. Who should not eat beans?

Fava beans are a very tasty and nutritious vegetable but they are not suitable in certain situations:

People with favism should not eat beans or manipulate bean plant.

The most important contraindication presented by these pulses is favism, widespread intolerance on the populations of the Mediterranean basin, produced by the glucose-6-phosphate dehydrogenase enzyme deficiency (G6PD).

People with favism may experience allergy-like symptoms within 48 hours after ingestion of this food, or by exposure to pollen of the plant (then the symptoms usually appear within 8 hours).

Neurological disorders, dizziness, headache, abdominal pain, fever occur, and can cause complications such as splenomegaly and hepatomegaly (enlargement of the spleen and liver, respectively), jaundice, etc.

The varieties Vicia faba var. equine and var. angustifolia is the richest in toxic amines and it is normally responsible for the most serious symptoms, but they are typically used for animal feed and not for human.

Fava beans for people with diabetes

Fava beans are a suitable food for diabetes. Its high fiber content helps regulate sugar levels in the blood, but, for the same reason, people with diabetes should pay attention to their patterns of medication and blood sugar levels to avoid hypoglycaemia.

What is said about fava beans?

– It is not recommended to cook beans with too much meat and animal fat because it slows digestion.

– Probably flatulent properties of this legume (for its high fiber content) and the fact that there are people with are intolerant to broad bean (favism) are the causes of the bad reputation of this food, which many authors have described throughout history:

Popularly it is said that the beans should not be eaten at night because they could produce nightmares. In the Middle Ages it was thought that the souls of the dead lived inside this legume, for this reason they were not allowed to sleep.

Moreover, not all what is said of faba beans is negative. These seeds have become a staple for centuries and very nutritious food in the diet of humble people as well as animals.

The Spanish proverb reflects a proverb widely used that says “everywhere baked fava beans,” a saying that used for a humble and very common food, such as beans, to mean that everyone has flaws or weaknesses, or in all houses, there are conflicts, errors, etc.

The doctor Andrés Laguna, who was physician to King Charles I of Spain, described in one of his works: “Beans, generate many farts and cause constipation to your belly, so they necessarily irritate the sensuality of the flesh stimulating luxuria because steam, that has not free output by one place, by force has to divert to another, therefore should know that they not only seriously disturb the bodies, also alter the mood. Although they need low maintenance, they are very difficult to digest and fatigue very much the stomach. Beside this, they make you feel in melancholy mood and provoke scabies all over your body. Its flour in mollify, resolve and mitigate the pain, mainly of stones, often admirably.”

How to cook fava beans