Noni is a shrub widespread throughout all regions of the Pacific and Indian Ocean, which has been used for over 2000 years in Polynesia.

Its importance in the culture of these regions is very important because it was traded for use as dye (root bark), for its medicinal properties (root, leaves and fruit) and the fruit for its value as food.

Noni was the red dye used to stain clothes and scarves in India. Different parts of the plant are cited in more than 40 registered herbal remedies, and many aboriginal legends tell of the importance of this fruit in the diet of the native people.

However, Noni is a curious fruit: it smells like cheese, which gives it the name of cheese fruit in some regions. It has a peculiar pale color and it is shaped like pineapple (both are infructescences) although with the size of a pear.

Noni juice containing a bottle of 500 ml. The instructions advise taking a tablespoon or two 30 minutes before the three main meals.

In its native place, there is little literature on historical consumption. In these regions, the wholesomeness of noni is transmitted primarily through oral tradition from generation to generation, and also by its cultural use.

Noni is the favorite ingredient in curry prepared in Burma, and it is known that Aboriginal Australians were known for their fondness for this fruit. The ripe fruit was consumed with salt in some regions.

The first written information about the consumption of noni dates from 1769. In a letter, Sydney Parkinson, who was part of the crew of Captain James Cook in the Endeavour, recorded that Tahitians ate the fruit of the noni, being probably the first written description of the use of noni as food.

More than two centuries later, in 1943, the Government of the United States recognizes the noni fruit as edible. In the European Union, noni juice has been marketed since 2003. The regulation was published 2003/426/EC of 5 June 2003.

Because it is a highly perishable fruit, is not sold fresh in Western markets, but it is usually purchased in the form of juice.

Who should take Noni juice? 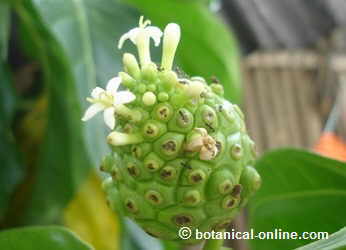 Noni juice is specially recommended for:

Other uses of noni plant