Home › Medicinal plants › Tansy, plant
This article was endorsed by Elisenda Carballido - Dietitian nutritionist. Postgraduate in Phytotherapy and master in Nutrition and Metabolism. 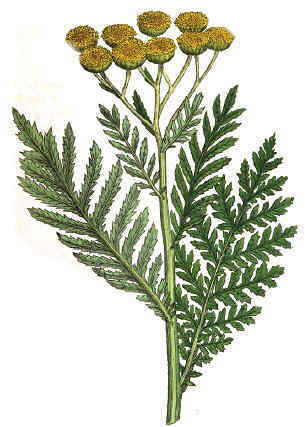 Description: Perennial plant of the Daisy family – Compositae-, up to 1 m. Erect stems, reddish, growing up from spreading suckers. Alternate compound leaves, dark green. Down ones, petiolated; upper ones, sessile. Ending flat flowers, till 2 cm, without ligules, gathered in corymbs. Cultivated fields, side of the roads and uncultivated fields. It is a plant with strong unpleasant odor.

Other properties of Tansy plant

High. Intoxications have usually taken place after ingesting too high doses of its toxic active principles by means of some infusion or, especially, because of the essential oil. In this case, a superior dose to 2 gr. is toxic. 15 gr. are mortal for an adult.

A possible risk of dermatitis exists if we get in contact with it. It is also a plant that can produce breathing allergies due to artemorin, which is a very known allergenic.