How to grow dandelion

Dandelion (Taraxacum officinale) is a perennial plant common in meadows, pastures and fields across Europe.

– This is a perennial herbs grown as an annual.

– Underground rhizome with fusiform roots, that, when cut, delivers a milky white juice.

– Leaves in basal rosette. These are big, long, oval and sharply toothed, tapering into a long petiole.

– The flower stems appear in spring. These are cylindrical and free from leaves, bearing a flower head at the end.

– The flowers are typical of Compositae plants, formed by numerous tiny ray florets, hermaphrodite and yellow.

– It flowers in May.

What parts do we use from dandelion herb?

There are varieties of dandelion with larger curly, leaves for trade for human consumption. 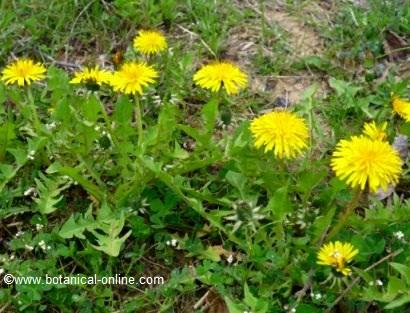 A good soil for dandelion 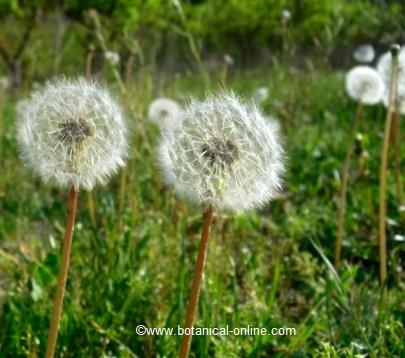 How to propagate dandelion

Choose the seed of a vigorous plant with long leaves and rather dense basal rosette.

Seed sowing is done in May and June

Twenty days after germination, when the plant has developed its second leaf, plant it on a seedbed or in its permanent location.

The seed field must be rich in organic matter or manure. Cover the seed with a little dirt. In large crops, planting density is 2kg. for 4.000 square meters, leaving a space between seeds of 30cm

Dandelion should be irrigated each week (1-2 times), especially in dry seasons (summer). 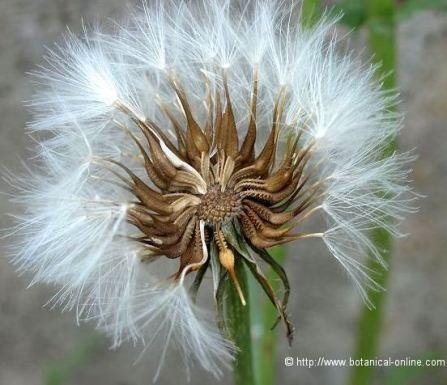 Propagation of dandelion by division

This method involves transplanting a piece from a mature plant (two years or more of), from its rhizome.

It is done in autumn or mid February.

Divide a clump of a dandelion plant, from its rhizome. To do this, we can unearth a plant and divide it in so many rhizomes as it has developed.

Each adult plant can be separated in 3-5 clumps, That will become new plants when transplanted.

The plant flowers from March to May.

How and when is dandelion harvest?

The leaves are harvested when they are tender. Especially the first leaves of spring and autumn (March to October). They are the richest in medicinal principles (alkaloids and essential oils).

The rhizome is harvested between September and November.

The flowers are harvested for medicinal purposes.

This plant is robust and tenacious, very often resistant to pests. Ideal for organic farming because it requires no pesticides.

Among the main pests, we can consider: