When should you avoid taking dandelion leaves or herbal preparations?

What are the dandelion contraindications?

This principle, which is very suitable for people with stomach indigestion because of a “lazy stomach”, can be counterproductive in people with gallstones. Stimulation of gallbladder can provoke a biliary colic.

Therefore, people with gallstones or obstruction of the bile ducts should not take dandelion as food. This also includes medicinal preparations with dandelion, such as capsules or tablets or other dandelion supplements.

Kidney stones are mainly caused by oxalates. Dandelion leaves contain many oxalates, so it should not be eaten as food by people with kidney stones.

However, the amount of oxalates that can be ingested by infusions of dandelion is too small to affect the kidneys. 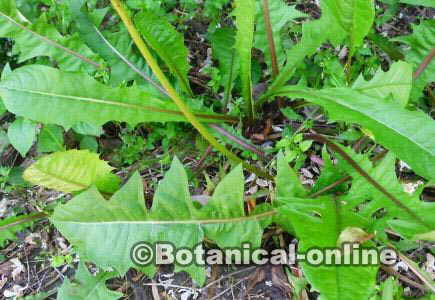 Is dandelion contraindicated during pregnancy?

Dandelion as food may be consumed in normal amounts during pregnancy. However, we must bear in mind that medicinal preparations with dandelion should not be taken during pregnancy because they are not proven to be safe for the fetus.

We must not forget that dandelion has hormonal properties, so women who are pregnant or wish to become pregnant should consult their doctor before taking this herb.

Is dandelion contraindicated during breastfeeding?

There is not enough information on using dandelion during lactation, so we must be prudent in its use.

Does dandelion have any drug interaction?

Some preparations with dandelion contain alcohol. These preparations should not be supplied to children or people who are in the process of leaving addiction to alcohol.

Dandelion is one of the most potent diuretics. An excessive water loss may lead to excessive loss of minerals such as potassium.

The use of this plant as a diuretic for the treatment of obesity or hypertension should be controlled by the physician or specialist. Inadequate treatment can lead to a blood pressure decompensation.