Home › Food › Properties of cereals
This article was endorsed by Elisenda Carballido - Dietitian nutritionist. Postgraduate in Phytotherapy and master in Nutrition and Metabolism.

Why are cereals very important in the diet?

The use of cereals in the diet has been the main source of nutrients since ancient times.

The characteristics of the plants that produce food grain make them more efficient plants capable of producing the highest amount of nutrients in less cultivated land.

Studies on cereals, reveal that there is no other food group that is capable of providing virtually all the nutrients the human body needs.

Cereals are very rich in carbohydrates that come from the high content of starch in their grains, where the energy reserve for future plant growth is.

In the human diet, carbohydrates, along with fats, provide energy. Unlike fats – which can have from animal or vegetable origin-, carbohydrates, if we except those provided from milk and eggs, come from vegetables. Plants obtain these components by means of the photosynthesis process.

The energy needs of each individual depend on the type of work done, but in general, doing moderate activity, an adult male needs between 2500 and 4000 and a woman between 2100 and 3000. Carbohydrates provide less calories than fat (4 calories per gram first and 9 calories per gram of seconds). 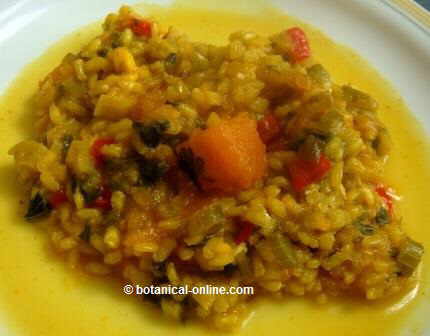 Advantages of cereals versus meat

Getting energy from intake of plant foods such as cereals, is better than getting it from food of animal origin. Among the advantages of cereals in regard to meat food, we have:

What kind of carbohydrates do cereals have?

Carbohydrates in cereals are starches. Starch, once in the body,is disgregated into glucose which is used for combustion cell.

The absorption of these carbohydrates are produced in the body in a gradual, little by little, so that this type of food can maintain levels of blood sugar balanced, without major changes produced when we eat other foods rich in other types of carbohydrates, such as foods sweetened with sugar.

Therefore, grains are suitable for diabetes patients, since they stabilize better the blood sugar levels.

Whole grains, that is to say, those who have not undergone a refining process, are very rich in fiber. Fiber is found mainly in the outer layers of the grain.

The refinement consists of removing the outer layer of flour for white or non-whole grain.

By refining the grain lots of fiber is lost. We know, for example, that the whole wheat flour has about 12 gr. of fiber per 100 grams in weight, while the refined only reaches a little over 2 grams.

Fiber is necessary for the organism. Its role in the control of the constipation is crucial. Also its ability to decrease cholesterol levels has been recognized. We must not forget also the importance of this component has in preventing colon cancer.

Regarding the control of feces, fiber increases and promotes bowel evacuation faster which gets the toxins in the stool from the bowel are expelled, before being absorbed by the body itself. Of all these, is particularly interesting for fiber-highest percentage in oats.

Cereals are very interesting in the prevention of breast cancer in women and prostate cancer in men. Some cereals, such us wheat, contain lignans, others as their own wheat or oats are rich in acid lactones. These compounds inhibit the development of human estrogens, that appear to be responsible for the development of cancer cells. (See fiber properties) 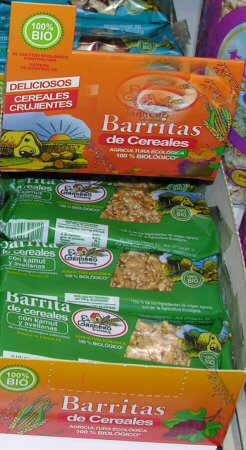 Whole cereals are rich in vitamins that appear as much in the outer shells as in the germ. Among all the vitamins, cereals are especially imortant is vitamin E (the wheat germ oil, with 20.3 mg of vitamin E per tablespoon is the food richest in this vitamin.) Vitamin E is a powerful antioxidant so its role in the detoxification of agencies is vital.

The combination of this vitamin with the lignans gives these foods great power to neutralize free radicals and prevent these can damage the body. It has been shown that regular consumption of grains protects against heart disease, against mental degeneration that produces Alzheimer, or other forms of dementia, protects the eyes against the vision loss or the formation of the cataracts and, even, constitutes a form to prevent the appearance with cancers.

Whole grain cereals are rich in vitamin B. Vitamin B is primarily responsible for maintaining the nerves in good state, to take care of mind health and to fortify the defenses. Some, like maize, for example, are very rich in vitamin B 9 (Folic acid) necessary for the correct development of the fetus. Others, such as corn, are very rich in B1 vitamin or thiamin. This vitamin is necessary for the body to convert food into energy and for the brain to absorb glucose, necessary for its proper functioning.

What minerals do cereals contain?

Regarding minerals, they all contain enough minerals in case they are not refined because minerals in cereals appear in the outer layers of the grain or seed coat.

The main minerals containing cereals are iron, magnesium and calcium. For example, oatmeal is rich in iron, needed to prevent anemia and calcium, very useful for the formation of bones and teeth and prevent osteoporosis. Equally interesting to keep the heart rate and for the proper functioning of the muscles. Magnesium is involved in bone health and circulatory system. Its deficiency can lead, for example, hypertension, arrhythmias, kidney problems, diarrhea or hair loss.

Besides these three main minerals the cereals contain other very interesting minerals for the health. Among them we have the potassium, very suitable for fluid retention as well as for the control of the hypertension. (Rice is very rich in this mineral), phosphorus, copper, sodium, zinc or manganese.

What proteins do cereals contain?

Cereals are rich in proteins. These proteins are found in the inner mass or endosperm and in the germ. Among rich-protein cereals, oats and wheat stand out.

The protein content of cereals is not no complete as that of meat due to lack of some essential amino acids such as lysine. However, the grains can be combined with other plant foods such as vegetables, to complement.

Problems with proteins of cereals

Some people are allergic to proteins in some cereals. Some cereals (wheat, barley, rye and oats) contain the proteins gliadin and glutein , which, when mixed with each other and other components of the grain, form gluten, a viscous substance very water-absorbent that allows to give consistency to bread.

Gluten is responsible for numerous food poisoning in people who are intolerant to it . This disease is known as celiac disease.

Although its content in carbohydrates is very high , cereals are recommended in slimming diets or to control obesity. The nature of their hydrates, as explained above, allows them to provide a feeling of satiety for a long time. This prevents hunger between meals and the urgent need to snack between them.

Eating bread has been long regarded as an enemy of those who wanted to lose weight. This has led erroneously to a decrease in consumption of essential food group in human nutrition and their replacement by less desirable food.

Today, modern diets include cereals such as basic food group. These foods, properly combined with other plant foods such as vegetables, fruits, vegetables and fat, should provide enough calories for our body to perform its functions properly.

The great feeling of satiety that cereals provide makes as not crave other unsuitable foods and satisfies our hunger for less time.

Despite the advantages of whole cereals , as stated above, in contemporary societies, especially in the rich ones, there is a clear downward trend of these types of foods to substitute them by refined sugar and meat.

This determines the fact that a large amount of cultivated cereals are destined for animal feed or for fuel production.

In most cases, grains are refined. This process removes the outer shell and inner germ, parts where he has many essential nutrients. By intending to supply only the starch, in fact only “empty calories” are provided. Many people have become used to eating white bread, so they consider it more tasty and refined.

With a growing population and an ever-increasing lack of resources on our planet, there will be an increasing need for direct consumption of grain, instead of using it as food for livestock.

Fortunately there are in the market many more shops everyday where you can find products from cereals, many of them whole. Among the most interesting from a nutritional point of view, we have the following: